House Bill 701 makes several changes to the voter-initiated law. Specifically, it moves back the deadline for state regulators to begin licensing retail marijuana sales from October 1, 2021 to January 1, 2022. Initially (for the first 18 months), only those already operating medical dispensaries will be eligible to engage in retail marijuana sales.

The measure also reduces the number of cannabis plants that an adult may legally cultivate in a private residence from a total of four plants and/or four seedlings to no more than two plants and/or two seedlings. Households with more than one adult are permitted to grow twice that amount without penalty.

It also imposes restrictions on the quantity and potency of THC content to be available in retail products. Cannabis flower is capped at 35 percent THC; edible products are limited to no more than 100mg of THC per package, and other concentrated products are capped at 800mg.

Under the revised law, voters in counties that decided against the 2020 initiative must now hold a separate vote in order to permit retailers to operate within their localities. In counties where a majority of voters decided in favor of the initiative, no further local actions are necessary.

Retail sales will be subject to a 20 percent excise tax, while local communities may impose an additional 3 percent tax. Much of this revenue will now be redirected to fund substance abuse treatment programs.

Fifty-seven percent of Montanans approved the initiative in November. Nonetheless, many politicians in the state’s Republican-led legislature pushed back against the vote and sought to significantly rewrite the law.

Commenting on the changes, NORML Deputy Director Paul Armentano said: “This is yet another recent example of Republican lawmakers pushing back against the majority of voters who support reforming our failed marijuana laws. In Mississippi, we have seen a Republican-led effort nullifying the vote legalizing medical cannabis access, and in South Dakota, the Republican Governor is seeking to overturn voters’ wishes to legalize and regulate the plant’s adult use. Here we have lawmakers tweaking the law in ways that are inconsistent with what the majority of voters decided in favor of. Whether or not one supports or opposes cannabis legalization, one should be deeply concerned by this trend.”

The full text of the revised law is online here. 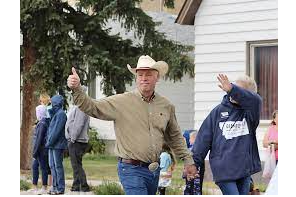