More Delays In Farce That Is International Cannabis Rescheduling

Another day, another abandoned vote in the long-running saga that is reclassification of cannabis by international treaty.

Members of the United Nations’ drug committee have said they will not cast an expected ballot on the recommendations put forward by the World Health Organization (WHO) to loosen the draconian rules on cannabis scheduling.

The WHO proposals were meant to be voted on in December until members cancelled. In February, an announcement was made that the changes had been approved behind closed doors, and that the WHO would recommend downgrading cannabis into a lesser category.

The next step was to put the non-binding proposals in front of the 53 member countries of the United Nations Commission on Narcotic Drugs (CND). However, this group has also decided they don’t want to decide right now, and have removed the vote from the March meeting agenda.

It is not known when the vote will take place, but it may not be this year.

Should the recommendations clear the hurdle, countries around the world would be almost free of red tape hindering many medicinal cannabis programs, and may even lead to decriminalization of recreational weed. Experts have said the delay is political, and has little to do with health.

While several member states want additional time to mull the proposals, Norway and Uruguay, pro-cannabis territories, voiced concerns that the vote had been delayed with no future time set to pick up the debate.

One reason given for the delay was the December hiccup, which allegedly meant member states were provided with the relevant information three months late.

The WHO recommendations call for cannabis and its chemical components to be rescheduled under international drug agreements. They advise that whole-plant cannabis as well as cannabis resin be deleted from the most restrictive category (Schedule 4) in a 1961 international drug convention.

Meanwhile, in Europe, the ball is rolling in regard to regulatory updates that will allow for greater support and funding for medicinal cannabis.

The European Parliament, the bloc’s directly elected legislatives, have published the file of the resolution voted for by members giving their backing to the proposals, which will now go before the Commission for lawmakers to consider next steps.

Here is the procedure file if you really want to nerd out. 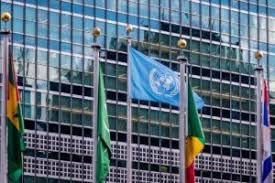