Listening to Australian politicians and reading the press one would think that we are still in the world of Anslinger and “Devil’s Weed”. Here are the latest updates from the storm in a teacup

On Friday Hunt and treasurer Josh Frydenberg added to a rising refrain of senior federal ministers criticising the regulation – of which dwelling affairs minister Peter Dutton is most vocal – however held the road in opposition to straight overriding it.

But federal Attorney-General Christian Porter warned Canberrans that owning any amount of the drug remained an offence under Commonwealth law, which he expected federal police to enforce.

Mr Porter also told Perth radio station 6PR the Commonwealth was investigating how it would respond to the ACT decision, suggesting it was a “social crusade”.

“We’ll have a look at the legislation when it’s in our possession,” he said, noting he was frustrated the laws had not been published as of Thursday morning.

Cannabis risks must be faced Editorial – The Australian

Sorry, Tourists Won’t Be Able To Smoke Weed In The ACT

Despite cannabis decriminalisation laws passing, Canberra is unlikely to instantly turn into an Amsterdam-style marijuana mecca for tourists.

On Wednesday afternoon, the Australian Capital Territory’s parliament passed a bill allowing people over the age of 18 to possess up to 50 grams of marijuana, and grow two plants for personal use. They are the first Australian jurisdiction to do so, and instantly, people began talking about how visitors to the ACT on holiday may take advantage of the change.

Federal cabinet ministers have lashed the ACT government’s decision to legalise cannabis, sparking warnings weed smokers could still get burnt by federal laws.
The ACT Legislative Assembly passed laws legalising the recreational use of marijuana on Wednesday, with the new regime to allow residents over 18 to possess up to 50 grams and grow two plants from next year.
The decision prompted Deputy Prime Minister Michael McCormack to wonder if lawmakers were lighting up.
“Here’s the ACT government probably spending too much time smoking hooch themselves, then wanting to legalise the stuff. I mean this is madness,” he told reporters.
Home Affairs Minister Peter Dutton said Attorney-General Christian Porter was examining the decision.
“I think it might be trendy for the ACT government to go down this path and they’ll say they’re enlightened and progressive and all rest of it, but I think it’s dangerous,” he told 2GB radio.

Weed not my thing: Labor MP planted seeds of reform

The man behind the private member’s bill legalising cannabis in the ACT says he is “not particularly inclined towards drugs” and that smoking weed recreationally is “not his thing”.

Born in 1991, Michael Pettersson — a Labor MP for the Yerrabi electorate — told The Australian he was motivated to change the laws in the nation’s capital because he feared the ACT was falling behind the rest of the world.

“I sat as a member of this place and saw cannabis laws around the world changing. And I couldn’t comprehend why the drug law reform conversation in Australia was stagnant,” he said. “I was expecting someone else to move these changes but no one ever did. It dawned on me that it was probably time to step in and take action.”

WA and the ACT both decriminalised marijuana, but they have gone in very different directions since

Fifteen years ago, if you were walking along the streets of Perth or Canberra with a small amount of cannabis in your pocket and you were stopped by police, you would have been treated pretty much the same way.

You would have been given an infringement notice, not charged with a crime.

In 2004, WA joined the ACT in decriminalising cannabis, meaning it was not legal to carry it for your own personal use, but if caught you wouldn’t get a criminal record for doing so.

But fast forward to this week and — thanks to very different political winds — your stroll could take a decidedly different turn depending on which city you were in. 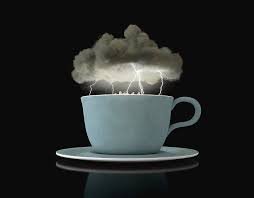