More On KPMG’s Withdrawal of Report On Canntrust

CannTrust said KPMG’s decision was prompted by the Ontario producer’s caution against a reliance on its financial statements for the two periods, as well as recent information CannTrust shared with the auditor that led to senior leadership changes.

“KPMG was not aware of the information recently shared by the Company when it issued the KPMG Reports and had relied upon representations made by individuals who are no longer at the company,” CannTrust said in a news release. 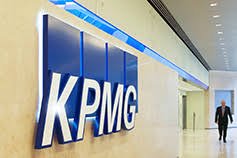