Yesterday CLR reported on revelations out of the tiny southern African kingdom of Eswatini  of a cannabis deal between Florida company Stem holdings and the king of Eswatini (formally Swaziland) King Mswati III that appears to include the targeting by the Eswatini military of smallholders  growing cannabis in the kingdom.

To remind our readers here’s a press release sent out by Profile Solutions, Inc (Stem’s parent company) on January 16, 2019.

SUNRISE, Fla., Jan. 16, 2019 (GLOBE NEWSWIRE) — Profile Solutions, Inc. (OTC Pink: PSIQ) is pleased to announce the receipt of $2,500,000 to become the only licensed growing farm and processing plant for medical cannabis & industrial hemp in The Kingdom of eSwatini f/k/a Swaziland (“eSwatini”) for a minimum of 10 years.

The $2,500,000 is being held in Escrow subject to PSIQ receiving the exclusive 10 year license and related permits in The Kingdom of eSwatini to

(2) distribute hemp & medical cannabis within the The Kingdom of eSwatini 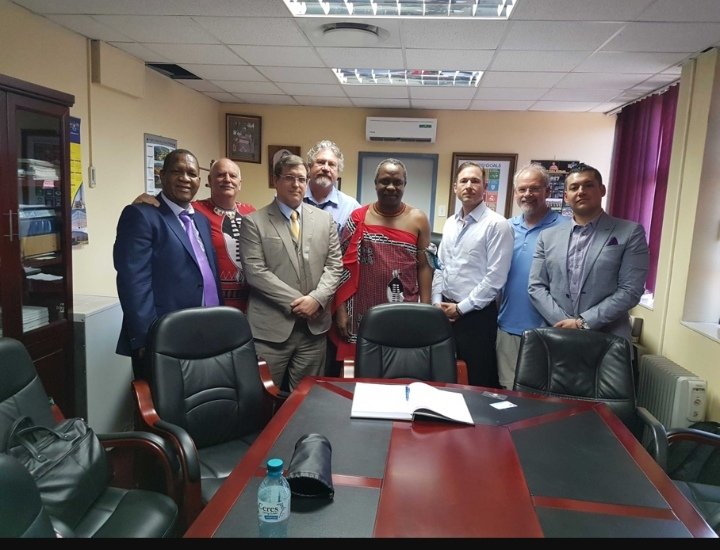 Stem management meet King Mswati III at his palace introduced by his brother Prince Hlangsempi then minister for economic planning and development & now the kingdom’s minister of defense.

In the event PSIQ does not receive the required licenses and permits to become the only licensed growing farm and processing plant for medical cannabis & industrial hemp in The Kingdom of eSwatini on or before February 15th, 2019 unless mutually extended in writing by the parties, $2,500,000 shall immediately be returned to Stem Ventures.

Dan Oran, CEO of PSIQ stated, “To become the only licensed growing farm and processing plant for medical cannabis & hemp in The Kingdom of eSwatini, our mission has been to secure the required licenses, permits, land, resources and capital to commence operations. We believe Stem Ventures is the right partner to commence operations with. In addition to providing financing, we anticipate Stem Ventures being a value-added partner due to its investor base of financers, entrepreneurs and medical professionals as well as experience in all things Cannabis.”

Eswatini publication Swaziland News have put together the following flow chart / inforgraphic to illustrate the players and how they all work together at the Eswatini end of the deal.

The leading question here is…

Did the right hand side of the chart know what the left hand side were up to? 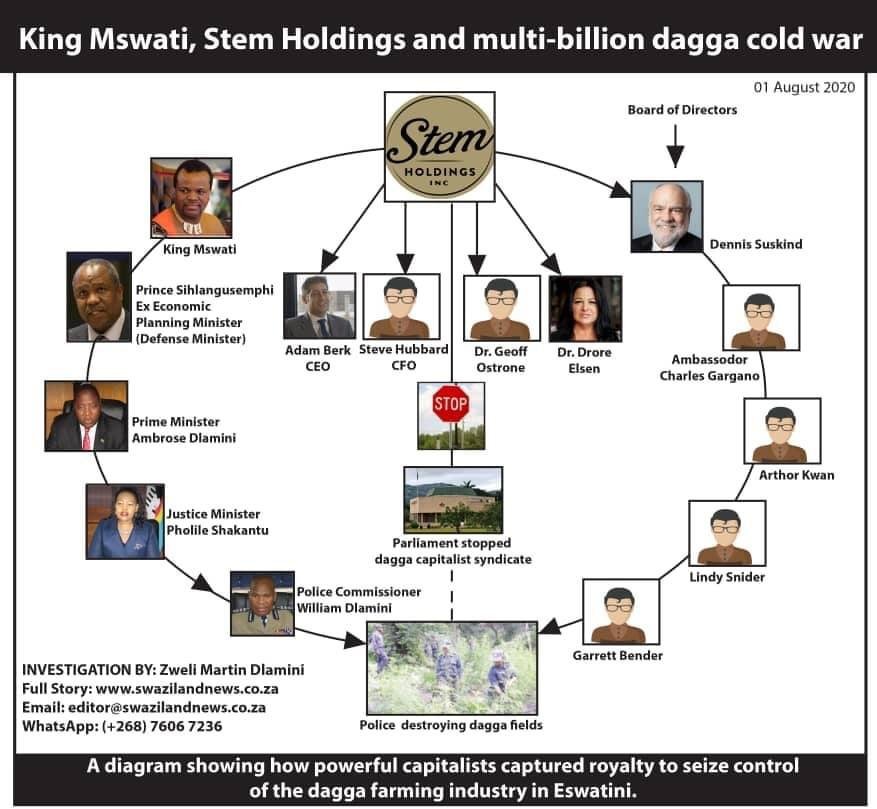 Graft in the Eswatini royal family has recently been so brazen that even the outgoing US Ambassador Lisa Peterson publicly criticised King Mswati and other royals for extravagant personal spending in one of the world’s poorest countries.

Speaking on a live Facebook interview arranged by the US embassy with local editors on 23 July 2020 shortly before her expected departure from the country at the end of her tenure she called out the monarch on trips to Disneyworld and the recent delivery of 11 customised Rolls Royces to the royal family in 2019.

One for the king, one for the Queen Mother and one each for Mswati’s wives. Peterson also hinted at another “gift or purchase” may be related to rumours swirling in the kingdom that the royal family has taken delivery, or is about to take delivery of two more Rolls Royces, this time SUVs. 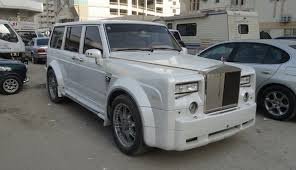 Rolls-Royce Cullinun Manufacturer’s Suggested Retail Price (MSRP) of about $US325,000.

Peterson said the US had given more than half a billion dollars in assistance to Eswatini over the past 15 years and complained that US taxpayers were paying for essential services such as healthcare while the king was spending money on extravagances.

She had  already privately raised these concerns with King Mswati himself and his government, but nothing had come of it, so now she felt it was time to go public.

The paper is edited by Mbongeni Mbingo, who participated in the online media briefing on Thursday with two other newspaper editors, Bheki Makhubu of The Nation and Martin Dlamini of Times of Eswatini.

It is believed that Mbingo wrote the editorial on Monday which blasted Peterson. He had come under pressure from the palace to dissociate himself from her remarks because he had not done so during the briefing, some local media are reporting.

Under the headline “A Friend Behaving Badly”, the editorial said Peterson had set social media buzzing with her “inflammatory” attack on the king which went against Eswatini’s “culture and tradition”.

Her remarks were “beneath the status and dignity of a member of the diplomatic corps,” it said.

“This is a sad, if not disappointing parting shot by the ambassador, which destroys the amount of good work she has achieved in her term.”

As CLR reported yesterday the level of graft both within the royal family and some of the country’s leading politicians raise serious questions about the structure of the Stem deal in the country.

Swazi palace lashes out at US ambassador for rebuking King Mswati 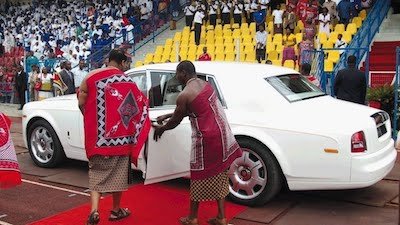