Kentucky is one of the nation’s top-producing hemp states, which is one of several reasons Senator Rand Paul (R-KY) has been a strong Republican force for cannabis reform. It is no surprise then that Senator Paul recently reintroduced the Hemp Economic Mobilization Plan Act (HEMP Act) to address perceived problems hindering the industry after hemp was legalized federally in the 2018 Farm Bill.

The HEMP Act would make several significant changes to current law, including:

The big proposed change is the increased THC limit for hemp, and we are interested to see the reaction that this proposal draws. On one hand, the current 0.3% requirement has clearly created problems for the hemp industry, and I think most people would agree that fixes are appropriate. After all, it does seem unfair that hemp producers sometimes lose entire crops that test “hot,” even if it is just slightly “hot,” especially when environmental factors outside the producer’s control can influence the THC level. But at the same time, does increasing the THC threshold fix that problem? Are hemp producers now going to produce hemp products that are closer to 1.0% THC, such that they will still lose products for testing over that new threshold? Moreover, is there going to be concern from the more-regulated marijuana industry that the increased THC limit may allow hemp producers to sell intoxicating products without the same legal restrictions?

We will be watching the debate closely. We applaud Senator Paul for his efforts to address some of the problems that have hindered the hemp industry in recent years, and we hope to see some reasonable fixes in the near future. Stay tuned to our blog for more updates on developments in the cannabis industry. 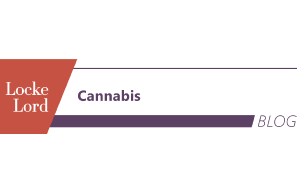