More Women Are Turning to CBD

Women appear to be increasingly relying on organic CBD to help them with health conditions, according to a Medscape article. Large numbers of women, often without contacting their primary care provider, OB/GYN, or other doctors, are substituting or supplementing prescription drugs with cannabinoids. Women have attempted to have these discussions at times, but while debating CBD with their doctor, they may run into complications.

A 58-year-old Long Island yoga coach claims she uses CBD and THC following a traffic crash for chronic sacroiliac pain and to treat stress-triggered eczema flares. In her attempt to use cannabis for endometriosis and suffering from Crohn’s disease, a 34-year-old writer claims she has found roadblocks. She was attempting to explore her use of CBD with a gastroenterologist. The woman did not smoke anything, but after prescription painkillers didn’t help her find relief, she opted to explore CBD tinctures to help relieve her symptoms.

Recent research has shown that CBD oils are extremely effective in treating many health problems faced by women, including anxiety, period pain, PMS, autoimmune diseases and breast cancer. CBD oils can also help women have beautiful, healthy hair and skin. CBD oils are being used by millions of women to make their lives happier and healthier.

Both men and women suffer from anxiety. However, anxiety is twice as common in women as it is in men. Prescription drugs are often used to reduce anxiety symptoms. However, they can cause side effects that can make it difficult to stop using them.

The alternative to anxiety relief is CBD oil. It isn’t habit-forming. CBD oil works in a similar way to SSRIs (selective serotone reuptake inhibitors), which are the most commonly prescribed drugs for anxiety and depression. CBD oil helps to improve mood by stimulating the brain’s serotonin receptors.

CBD is an effective anti-inflammatory and can be used to treat autoimmune diseases. It has no side effects. CBD has been shown to reduce the body’s production cytokines. This helps alter the immune system.

The aforementioned cases barely scratch the surface when it comes to women seeking solutions beyond their medicine cabinets. A recent poll of nearly 1,000 women in the Journal of Women’s Health found that 90% (largely between the ages of 35 to 44) utilized cannabis and would recommend using it to relieve gynecological discomfort.

Roughly 80 percent said they would entertain the prospect of its use for discomfort or other problems related to health conditions. Also, for post-traumatic stress disorder, sleep disruptions or insomnia, anxiety, and migraine headaches, women have documented utilizing cannabinoids.

If CBD cream sounds like a venue worth exploring to help relieve symptoms, proceed with caution. Strongly consider speaking to a doctor if existing prescription drugs are involved. 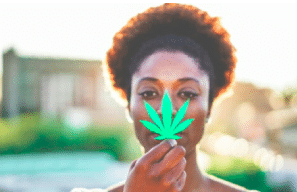