Nearly 50 years after the United States government forced Nepal to ban the cultivation and use of cannabis, MP Sher Bahadur Tamang is on a crusade to have it legalised. The ban led to the impoverishment of Nepal’s poorest communities by eliminating this important cash crop. Driving it underground led to the formation of a police-politician nexus, and may have contributed to the rise of the Maoist insurgency decades later.

Kanak Mani Dixit: What led you to register the bill to allow the legalisation of marijuana?

Sher Bahadur Tamang: Throughout this campaign, we worked with many researchers and experts realised the great medicinal and economic value of cannabis. After feedback from the research team, we tabled this bill in Parliament. We believe this is one of the ways to alleviate rural poverty. It also comes at a time when there is a push internationally to legalise not just medicinal marijuana, and the use of the plant for many purposes, including recreational cannabis.

Why did you have to register a private bill in Parliament?

We met with political leaders and parliamentarians, as well as members of the general public, after we introduced the bill. The 1976 law banned cannabis, criminalising its use. A significant number of the general public view recreational use of cannabis as being wrong and the users are condemned as गंजेडी drug addicts. We sought to counter that belief and create a conversation around the many benefits of cannabis. At a time when marijuana use is gradually becoming more and more open and legal globally, the discourse is also gaining momentum quickly here at home.

Cannabis has been an integral part of Nepal’s social and cultural life, but it has carried a very negative connotation after the ban. Why?

We worship Lord Shiva, a wise deity who recognised the great medicinal value of cannabis. Over the last 45 years, we were duped into believing that cannabis was harmful.

How would this bill lift Nepalis from poverty?

There is a competitive international market for cannabis. The country that forced us to ban the crop is now legalising or decriminalising it. Marijuana has been legalised for recreational use in countries like Canada and Uruguay, and for medical use in Thailand. But all of these countries need to cultivate the plants in controlled environments in massive greenhouses, which means the production costs are high. Nepal, however, has the right climate and soil conditions for marijuana cultivation, which means our produce will be organic. Moreover, Purple Haze, a more potent type of marijuana which grows in the Himalayan region of Nepal, is extremely valuable and could be an important cash crop.

I believe that the United Nations will make marijuana legal and even encourage the world to plant it widely within our lifetime. The wide-ranging benefits are too important to ignore.

Read the full interview at

Why Nepal must legalise cannabis 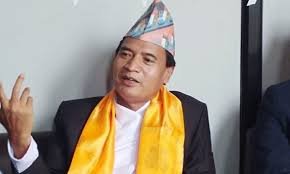