PRESS RELEASE — The nation’s largest marijuana policy organization, the Marijuana Policy Project (MPP), has announced the election of Sal Pace to serve as Chair to the Board of Directors.

“We’re very excited to have Sal as our new chair,” said MPP Executive Director Steve Hawkins. “Sal is a recognized leader in the cannabis reform arena having used his platform as an elected official to advance common sense reforms. With tremendous passion and an in-depth knowledge of cannabis policy issues, he is an excellent choice to lead our board.”

Pace has held elected office as a county commissioner in Pueblo County, Colo., and as a Colorado State Representative, during which time he served as House Minority Leader. Pace is widely recognized as one of the nation’s most knowledgeable former elected officials on the subject of marijuana policy.

“Sal Pace has brought a pioneering effort both in the Colorado cannabis program and his leadership nationally. I count Sal as a valuable and essential ally in my work for cannabis reform,” said U.S. Rep. Earl Blumenauer (D-OR), co-chair and founder of the Congressional Cannabis Caucus.

During his time in the General Assembly, Pace played a leading role in developing Colorado’s medical marijuana model, earning him recognition as the “face of regulation” from local news media. He served on several policy and legislative interim committees focused on cannabis, and he founded a national organization of local elected officials, Leaders For Reform, in response to Attorney General Jeff Sessions’ rescission of the Cole memo.

“Ending marijuana prohibition in the U.S. is the most effective way to address social justice issues,” said Pace. “Even with all of MPPs successes to date changing laws across the country, 600,000 people are still arrested annually, and 40,000 are behind bars because of marijuana charges. As MPP chair, we aren’t just focused on legalization, we’re also concerned with doing it right, which means equity and diversity in opportunity and correcting the negative impacts from the failed war on drugs.”

As a county commissioner, Pace led efforts to create the Institute of Cannabis Research at Colorado State University-Pueblo and to establish the first college scholarship program funded by cannabis tax revenue. Prior to running for office, he served as a Congressional and campaign staffer. Pace serves on the boards of the Institute of Cannabis Research, Colorado’s Front Range Rail Commission, and the Colorado Independent Venues Association. He is also an advisory board member for HeadCount’s Cannabis Voter Project.

Pace replaces Arcview co-founder Troy Dayton as board chair, who stepped down from the MPP board this year.

“It’s been a huge honor to serve on MPP’s board for the last seven years and to be involved with the organization as a volunteer, grantee, and employee since its founding in 1995,” said Dayton. “I’ve learned so much from my fellow board members as we navigated various crises, losses and victories together over the years. I feel like I pitched seven innings and now it’s time to bring in the closing pitcher for the big win. Sal Pace has what it takes to help our amazing board and staff—led by star Executive Director Steve Hawkins—put the final nails in the coffin of cannabis prohibition. May it be so.”

“I have huge shoes to fill replacing Troy,” Pace added. “When the history of ending prohibition is written, Troy will be recognized as an instrumental leader.”

MPP has been a leading advocate for federal marijuana policy reform on Capitol Hill since the organization was founded in 1995, and it has spearheaded most of the major state-level reforms that have occurred over the past two decades. 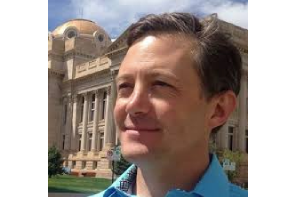