Jonathan Miller has been named head of new Frost Brown Todd Washington, D.C. Office and will still remain General Counsel to the U.S. Hemp Roundtable and as he indicated in a note to CLR it just brings him closer to the action

Frost Brown Todd (FBT) named two new Members-in-Charge in its Lexington, KY and Washington, D.C. offices. The firm promoted Jonathan Miller from the head of the Lexington office to lead FBT’s new Washington, D.C. office. Jan de Beer will take over for Miller in the Lexington office. De Beer focuses his practice on international regulation and trade. Miller heads up the firm’s hemp industry team and is a principal of CivicPoint, FBT’s government affairs subsidiary.

“This is an exciting time of growth for FBT, and we can’t think of two more worthy people than Jan and Jonathan to head up these efforts,” said FBT Chairman Robert Sartin. “Jan has been with FBT for 21 years and has been an integral part of building our international services practice group. Jonathan brings an immense amount of leadership not only to his role overseeing our Lexington office for the past four years but launching the firm’s trailblazing hemp industry team.”

Miller’s appointment as Washington, D.C. Member-in-Charge coincides with the firm moving into its new offices at 20 F Street not far from Capitol Hill. FBT launched its Washington, D.C. office at the start of 2021. The office offers an experienced and well-networked team of attorneys with a combination of public policy, regulatory and administrative law experience.

Members of the firm’s bi-partisan D.C. roster have held high-ranking government positions at the national and state levels, in addition to serving in an advisory capacity to prominent lawmakers, cabinet members, and federal commissions. It includes:

Jennifer Barber
Jennifer served in the U.S. Department of State as U.S. Delegate to the United Nations and Senior Advisor to the U.S. Ambassador to the United Nations. She delivered formal statements, advised on foreign policy, and negotiated with other delegations to advance U.S. positions on economic and social issues. Jennifer focuses her practice on tax and economic development. She has been named to Best Lawyers® and Super Lawyers®. Jennifer is a member of the Kentucky and D.C. bars.

Russell M. Coleman
Russell Coleman served as U.S. Attorney for the Western District of Kentucky from 2017 to 2021. He is a former FBI special agent, was assigned to the National Joint Terrorism Task Force, and volunteered to support Operation Iraqi Freedom in Anbar Province. Coleman also served as senior advisor and legal counsel to Republican Senator Mitch McConnell prior to his first employment at FBT. Russell is admitted to practice law in Kentucky only, and will be engaged in D.C. only on non-legal consulting as a Principal through FBT’s public affairs affiliate, CivicPoint.

Carte P. Goodwin
Carte is a former U.S. Senator, appointed by then-West Virginia Governor Joe Manchin. He currently serves on the U.S.-China Economic and Security Review Commission, an advisory body to Congress that reports annually on the national security implications of the bilateral trade and economic relationship between the U.S. and China. Carte is admitted to practice law in West Virginia only, and he will practice under the supervision of D.C. Bar members.

Trey Grayson
Trey served two terms as Kentucky Secretary of State, during which he served as the President of the National Association of Secretaries of State. He is recognized as a national leader in election modernization, including serving on the bipartisan Presidential Commission on Election Administration following the 2012 election and the National Task Force on Election Crises and National Council on Election Integrity during the 2020 election. Trey is admitted to practice law in Kentucky and Ohio only, and he will practice under the supervision of D.C. Bar members.

Haifeng Hong
Haifeng has significant experience assisting international clients with doing business in the U.S. He advises clients on a variety of corporate and business matters such as corporate governance, mergers and acquisitions, and cross-border investment and transactions. He has coordinated with other attorneys as a team advising on issues such as business litigation, government investigations and regulatory compliance. His international clients include multinational corporations, large publicly traded companies, medium and small-sized companies (including start-ups) and individuals doing business in the U.S. He also assists U.S. businesses with their business projects overseas. Haifeng is a member of the D.C., New York, Maryland, Kentucky and Texas bars.

Jonathan S. Miller
Jonathan, Member-in-Charge of FBT’s D.C. Office, is a former two-term Kentucky State Treasurer and former Deputy Chief of Staff of the U.S. Department of Energy and a Legislative Director in Congress. He serves as General Counsel for the U.S. Hemp Roundtable, where he worked across party lines with Senator McConnell and helped lead the fight to secure permanent federal legalization of hemp. Jonathan was named to the inaugural class of the National Law Journal’s “Trailblazers” for his government relations work. He is a member of the D.C. and Kentucky bars.

Samantha (“Sam”) M. Quimby
Sam assists clients with a wide array of trademark and unfair competition issues, including anti-counterfeit measures and internet disputes. She has represented her clients’ interests before the U.S. Patent and Trademark Office, the Trademark Trial and Appeal Board, the U.S. Copyright Office, U.S. Customs and Border Protection, and the World Intellectual Property Office. Sam has consistently ranked in the World Trademark Review (WTR) 1000 gold band and is a two-time WTR Global Leader. Sam is only admitted to practice law in Ohio and Maryland, and she will practice under the supervision of D.C. Bar members.

Thomas E. Wheeler, II
Tom previously served as the Assistant Attorney General for Civil Rights at the U.S. Department of Justice as well as senior advisor/counsel to the Secretary of Education where he had responsibilities for the Federal Commission on School Safety and COVID-19 issues. He was also counsel to then-Indiana Governor and later Vice President Mike Pence. Tom is admitted to practice law in Indiana and Kentucky only, and he will practice under the supervision of D.C. Bar members. 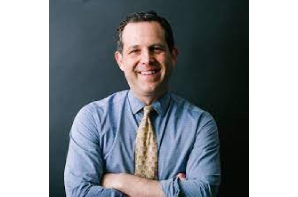