A senior level staffer at the National Hemp Exchange says its owner, Robert W. Mertz of Austin Texas, built a mini-conglomerate of shell companies to hide funds and secretly finance other deals to escape liability when he allegedly doesn’t honor payments to cannabis-related vendors or customers.

The statements made by Austin Buckingham, the former marketing manager for Colorado-based NHE came to light recently in a Colorado state court case accusing Mertz and his family trust of civil theft, civil conspiracy, and breach of contract. The National Hemp Exchange was in the wholesale business of selling clones, which are used by hemp farmers to build out their crops.

Cannabis Law Report previously reported on the litigation brought by a Colorado hemp grower, MTN Botanicals, after the grower said they had been duped into buying healthy clones that NHE allegedly knew were not viable. NHE initially agreed to pay back the grower for the failed products and then went dark and cut off payments. But MTN Botanicals investigated National Hemp Exchange’s owner and learned he had a history of co-mingling funds and not making do on financial commitments, according to the lawsuit. 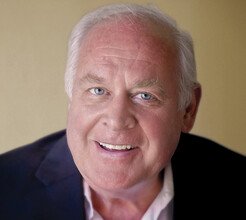 Mertz has denied all of this for the past year and half and has ventemently been fighting the lawsuit, which includes his attorneys playing fast and loose with discovery demands, according to the court docket.

In a rare move, a Colorado state court judge even gave MTN Botanicals a pre-judgment lien on the NHE farmland Mertz owns via his trust. But MTN Botanicals hasn’t put up a bond yet to secure the assets. Mertz is currently trying to sell the land in Monte Vista, Co for nearly five million dollars. 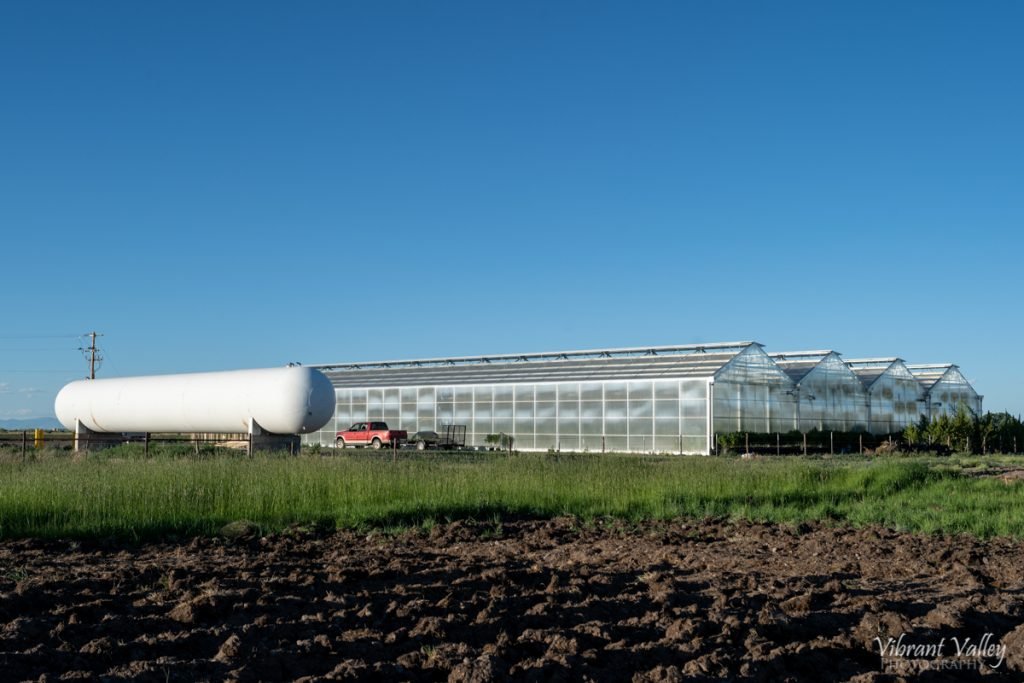 Buckingham said in a sworn statement, “To shield themselves from liability, Mertz and NHE have placed ownership of their real property in Monte Vista under the Trust’s name, and Robert Mertz routinely moves money between NHE and Mertz Inc. at his own pleasure under a scheme of sham loans between the companies.”

Buckingham spoke about National Hemp Exchange not having money to pay its staff at times after Mertz had drained the bank accounts and then Mertz, directly or indirectly, put money back into NHE, via interest free loans from other llcs he controls to get staff paid.

NHE ended up owing MTN Botanicals over half a million dollars for products  that didn’t get delivered or didn’t meet the conditions of the contract.

Research conducted by Cannabis Law Report showed MTN Botanicals wasn’t the only customer NHE had done this too.

“Mertz tied to avoid any direct communications on this issue, but he did ultimately acknowledge the need to begin refunding MTN’s money and he directed me to promise to MTN that NHE would begin a payment plan to refund MTN, potentially on a weekly basis. After only one payment of $25,000, Mertz directed us to stop, in spite of having acknowledged that NHE had received money from MTN that it was obligated to return,” according to Buckingham.

Since MTN Botanicals is accusing NHE of civil theft they can now go after triple damages if the claim is proven in court. A half a million debt could turn into a $1.5 million payout for MTN Botanicals.

During a deposition taken on December 3, 2020, Mertz  basically said under sworn testimony that the money in his llc’s and family trust is ‘his money’ and he should be able to do what he wants with it. In the same breath he also kept stating that the Mertz family trust, a defendant in the lawsuit, isn’t in the cannabis business. The statement is an attempt to show Mertz Trust isn’t liable for National Hemp Exchange actions. Sean McAllister represents Mertz Inc and Mertz Family trust and Robert Mertz has a different set of lawyers representing him personally and National Hemp Exchange at Robinson & Henry P.C.  David Hannum and Kayla Banzali, of Robinson & Henry, filed a motion to withdraw as counsel on December 30, 2020 citing problems with their client Mertz.

For MTN Botanicals to succeed in litigation and collect funds they will have to break the corporate veil and show Mertz Inc and Mertz Family Trust is liable for their role in diverting funds to benefit Mertz that should have gone to paying back an aggrieved NHE customer.

During Mertz’s deposition he continually side-stepped questions about the flow of money between his llc’s saying his bookkeeper knows the answer. He also admitted that a bank account at Merrill Lynch for Mertz Trust was shut down because the bank thought the trust was in the hemp business.

In a discovery hearing argued last month, attended by Cannabis Law Report, there was heated debate presented by attorney McAllister as to whether Mertz Trust or Mertz Inc should have to hand over discovery if the judge ends up ruling then entities out as defendants.

An argument for the defense in this case is that the MTN Botanicals clone contract was with National Hemp Exchange not Mertz Trust or Mertz Inc.

MTN Botanicals attorney, Albert B. Sahlstrom, at Jones Keller brought up Mertz controversial statements  about allegedly breaking the corporate veil, reminding the judge that Mertz said he could move money between business because ‘it’s his money’. 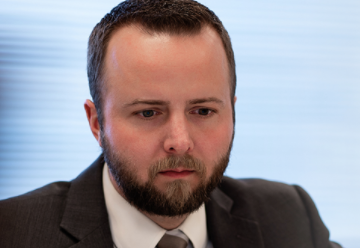 The judge ruled discovery would be extended for 30 days and MTN Botanicals now gets to put Mertz’s bookkeeper through a deposition in a continued effort to show where the money went. MTN Botanicals is currently waiting on the judge to rule on the motion for summary judgement and is also being represented by Nicole Westbrook of Denver-based Jones Keller P. C. The summary judgement motion is asking the judge to throw out the civil theft and civil conspiracy claims against National Hemp Exchange and Robert Mertz. 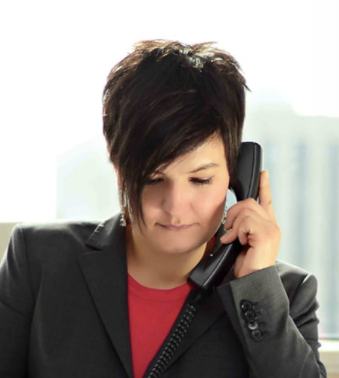 Attorney Westbrook would not comment on the litigation when reached by Cannabis Law Report.

The Mertz deposition also opened the door to show possible movements of money to avoid taxes and debt collectors. Mertz attorney Sean McAllister of Denver-based McAllister Garfield P.C. did not respond to an email for comment on the litigation. Lawyers at Robinson & Henry could not be reached for comment. 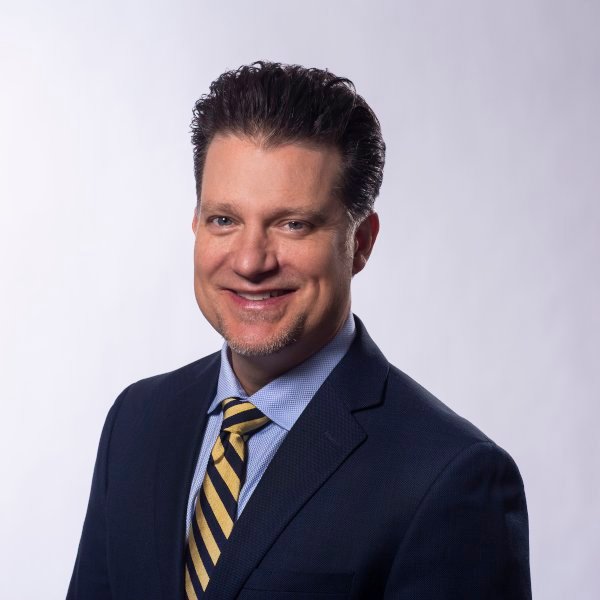 National Hemp Exchange has changed its name during this litigation to Lone Star Valley Genetics. An email to the company asking if they are still selling clones went unanswered. The company website refers only to a 2020 crop.

If MTN Botanical wins the civil theft claims they would have a chance of getting the Monte Vista land and farm as what appears to be National Hemp Exchange’s only viable asset.

UPDATE January 5 2021: Judge Crista L. Newmyer-Olsen of the 12th district court in the state of Colorado ruled National Hemp Exchange and Robert (Bob) Mertz can not toss out the claims of civil theft and civil conspiracy against them. The judge stated the attorneys at Robinson & Henry argued this dispute is only really about a breach of contract and ignored all the documented evidence MTN Botanicals brought forward that included checks and sworn depositions showing there is merrit to litigation a civil theft and conspiracy claim.

The judge went on to opine that most of the defendants summary judge argument is countered by new evidence that came up in discovery including ” where Mr. Buckingham indicates Mr. Mertz referred to the entities he manages as his “‘mini conglomerate’ of shell entities that he uses to hide funds and finance each other.”

The decision shows  a win for MTN Botanicals in it’s attempt to hold Robert Mertz accountable but this case still has to go to trial. Now MTN Botanicals waits on a decision in another motion for summary judgement brought by attorney Sean McAllister who represents the Mertz Trust, where McAllister is trying to get the Trust and Mertz Inc thrown out as defendants. This is important because the Trust currently owns the most favorable asset MTN Botanicals can attach which is the hemp equipment and farmland.

In the hearing on these motions last month, attended by Cannabis Law Report, MTN’s attorney Al Sahlstorm pointed out to the judge that it didn’t make judicial sense for the defendants lawyers to be filing motions for summary judgement when they didn’t attempt to argue for a motion to dismiss first. And the judge took note of that in her ruling.

“What is more problematic, however, is that the Defendants seek to turn summary judgment principles on their head,” wrote Judge Newmyer-Olsen.

Attorney Kayla Banzali didn’t respond for comment on losing the motion for summary judgement for Mertz and NHE. The judge still hasn’t ruled if Robinson & Henry will have to remain Mertz-NHE attorneys.

UPDATE: 1.18.21: Judge Newmyer-Olsen ruled on January 11, 2021 that the Mertz Trust and Mertz Inc can not be thrown out of this lawsuit and denied the defendants summary judgement motion. This means MTN Botanicals can break the corporate veil and go after assets of the Trust to secure damages if they won at trial, which includes the National Hemp exchange hemp farm in Colorado. Cannabis Law Report has learned Mertz made a low ball offer of settlement before the judge’s ruling came out, which MTN Botanicals wouldn’t accept. Since the ruling against the Mertz Trust and this reporting he has come back to the table trying to get MTN Botanicals to settle.

When Mertz Trust Denver-based attorney Sean McAllister was reached by email for comment about the case he responded with dismissive remarks and name calling to this journalist.

The judge refused to throw out MTN Botanical claims of unjust enrichment and fraudulent misrepresentation against Mertz Trust and Mertz Inc.

Judge Ruling on Summary Judgement for NHE and Robert Mertz 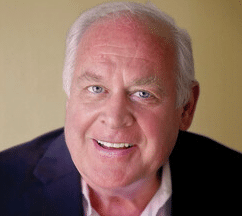