On June 8, 2021, the Brazilian Chamber of Deputies’ Special Commission approved PL 399/2015, which would legalize the domestic cultivation of cannabis for medicinal, veterinary, scientific, and industrial purposes. This commission of the lower house of the National Congress of Brazil narrowly approved this legislation, which will also have to pass in the Federal Senate and be signed by President Jair Bolsonaro to become law. Bolsonaro has previously indicated that he may veto this legislation should it pass both houses.

Brazil’s National Health Surveillance Agency (ANVISA) already allows some medicines made from cannabis to be imported. But the price of importing these medicines is cost-prohibitive for many of patients who would benefit from their use. By allowing domestic cannabis cultivation by companies, patient associations, and non-governmental organizations, PL 399/2015 should lead to lower prices for Brazil’s cannabis patients if it becomes law.

We will continue to monitor and provide updates regarding this legislation and other cannabis developments in Brazil. 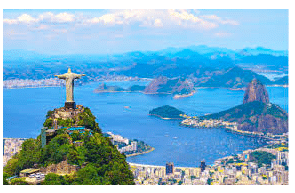