The Nevada law that prohibits trace amounts of THC, the psychoactive ingredient in cannabis, in the blood of drivers is not based on science, results in the conviction of drivers who were not impaired, and fails to identify some who are, according to Assemblyman Steve Yeager.

Yeager is the sponsor of Assembly Bill 400, a measure that would eliminate the per se law, which determines guilt based on the presence of 2 nanograms of THC per milliliter of blood, or 5 nanograms of THC metabolite.

“They can still take your blood,” Yeager said of law enforcement.  “They just can’t rely on it as conclusive proof of your guilt.”

Yeager says the thresholds, determined in 1999 before Nevada legalized medical or recreational cannabis, were not based in science, but in his opinion, were the lowest detectable levels of THC and metabolite at the time.

The following year, Jessica Williams fell asleep at the wheel on a desolate stretch of Interstate 15 north of Las Vegas and killed six teens who were picking up trash as part of a juvenile justice community service program.  A jury found Williams was not impaired.  Nonetheless, she spent 19 years in prison for having THC in her blood.

Yeager cited a number of national studies that indicate per se levels are useless in determining impairment, except in the case of alcohol.

“There is no one blood or oral fluid concentration that can differentiate impaired and not impaired.” Dr. Marilyn Huestis, former Chief of Chemistry and Drug Metabolism for the US National Institute on Drug Abuse, said in a statement in 2018. “It’s not like we need to say, ‘Oh, let’s do some more research and give you an answer.’ We already know. We’ve done the research.”

AB 400 would remove the per se levels in motor vehicle accidents except in cases of death or substantial bodily harm. But the law would create a rebuttable presumption, meaning the defendant would have the ability to provide testimony disputing impairment.

The measure would also prevent employers from relying on per se levels in determining an accident was caused by impairment.

The Nevada Highway Patrol and the Department of Motor Vehicles submitted an amendment covering commercial drivers, who are prohibited from using cannabis.

“If you have a commercial license, you can’t have any of this stuff in your system,” Yeager noted.

Yeager presented the measure before the Senate Judiciary Committee, chaired by Sen. Melanie Schieble, a prosecutor.  .

“In current law, I would say the majority of DUIs in the state of Nevada that we prosecute are alcohol related,” she said.

“While it is true that THC does not affect people in the same way as alcohol, THC is a psychoactive drug,” testified John Jones of the Nevada District Attorneys Association, which opposes the measure.

Jones said studies have found a direct relationship between cannabis use and impaired driving ability.

He said the issue “was supposed to be vetted” during the legislative interim, but because of COVID-19, the “interim committee did not come close to completing its work.”

“This bill has no mechanism for law enforcement training and no funding to make that training happen,” he said, adding most officers lack the training.

“Defense attorneys will have a field day cross examining officers about their lack of the highest level of training,” Jones testified.

He said the measure also has “significant implication for marijuana prosecution” and asked that the amendment apply to all cannabis DUI cases, not just those involving death or substantial bodily harm.

McCuistion testified that most of the marijuana DUI cases he’s seen involve THC levels in the blood between 1.5 and 3 nanograms.

“Without a per se for marijuana, obtaining justice would be difficult, if not impossible to obtain,” he said. 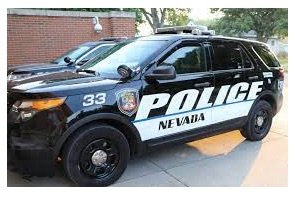