In a decision last week, the Nevada Supreme Court ruled that the state law protecting “lawful activities” or “lawful off-duty conduct” does not apply to non-medical cannabis consumption, according to an Ogletree Deakins report. In the decision in Ceballos v. NP Palace, LLC, the court said adult cannabis use was not “lawful” behavior outside of work because, although legal in Nevada, cannabis is listed as a Schedule I narcotic and illegal under the federal Controlled Substances Act, the report says.

The lawsuit was filed by Danny Ceballos after he was fired from his table dealer job at Las Vegas Station Hotel & Casino. Ceballos, who was fired after he failed a post-workplace injury drug test, said he was not impaired at the time of the injury and had not used cannabis in the 24 hours prior to the accident. He filed the lawsuit under Nevada’s “lawful off-duty conduct” law and for wrongful termination, the report says.

Nevada law says an employer cannot terminate someone “because the employee engages in the lawful use in [Nevada] of any product outside the premises of the employer during the employee’s nonworking hours if that use does not adversely affect the employee’s ability to perform his or her job or the safety of other employees.”

The court dismissed the case saying the Nevada protections only applied to activities “lawful under both state and federal law, not just lawful under Nevada law,” according to the report.

The Nevada Supreme Court on Thursday rejected the argument that, since using pot is not a criminal offense in Nevada, bosses can’t legally fire a worker for marijuana use when not at work.

Danny Ceballos filed suit after he was terminated as a dealer at Palace Station.

According to the unanimous opinion, he tested positive for marijuana after arriving for work because he had used the drug at home the night before. He cited state statute creating a “private right of action” for employees who are fired for the lawful use of any product outside the premises of their workplace when off duty.

The justices agreed with the district court decision that marijuana use doesn’t qualify for that protection because even though adult recreational use is not a crime in Nevada, it remains unlawful because another statute allows employers to prohibit the use of pot by employees and the drug remains illegal at the federal level.
Ceballos was tested after he slipped and fell in the employee break room and he was terminated.

But justices ruled that doesn’t make it lawful. They ruled that state laws cannot completely legalize marijuana use because the drug remains illegal under federal law which must be followed in Nevada. They quoted a similar case in Colorado that stated that nothing in the statute limits the term “lawful” to state law.

Therefore, Ceballos’s use of marijuana isn’t protected by the Nevada statute and Palace Station had the legal power to fire him for violating company policy 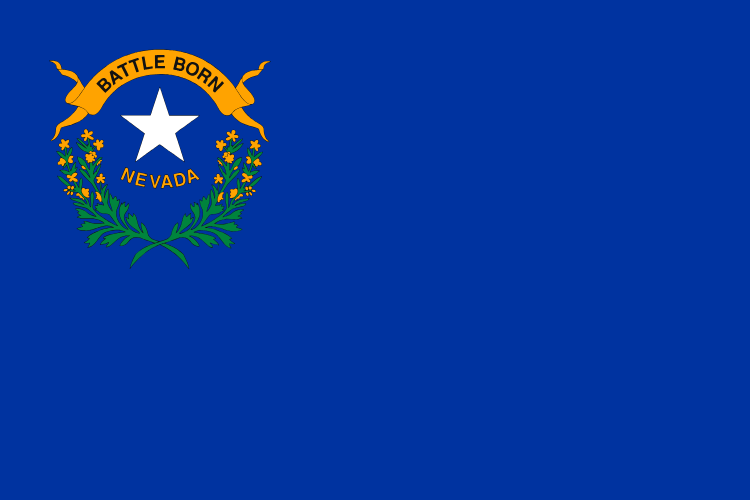 In a decision issued on August 11, 2022, the Nevada Supreme Court declined to recognize recreational marijuana use as a “lawful” activity for purposes of the state’s law providing employment protections for “lawful activities” or “lawful off-duty conduct” outside of work.

The court reasoned, in Ceballos v. NP Palace, LLC, that while recreational marijuana use is legal in Nevada, marijuana possession remains illegal under federal law as it is still classified as a Schedule I controlled substance under the federal Controlled Substances Act. For the same reasons, the court ruled that a wrongful termination claim could not be supported on public policy grounds.

In his lawsuit, Ceballos argued that he was not impaired during his work shift when he was injured and that he had not used marijuana within the 24 hours prior. NRS § 613.333 states that an employer may not discharge an employee “because the employee engages in the lawful use in [Nevada] of any product outside the premises of the employer during the employee’s nonworking hours, if that use does not adversely affect the employee’s ability to perform his or her job or the safety of other employees.”

However, in dismissing the lawsuit in favor of Palace Station, the Nevada Supreme Court reasoned that NRS § 613.333 contemplates the use of a product that is “lawful under both state and federal law, not just lawful under Nevada law.” (Emphasis added.) Since marijuana remains illegal under federal law, Ceballos cannot rely on NRS § 613.333 to support a claim arising out of his termination of employment, the court ruled.

The court further ruled that Ceballos could not support a wrongful termination claim for public policy reasons, noting that such “tortious discharge” cases are limited only to cases in which the termination “violates strong and compelling public policy.” The court stated that Ceballos’s case “differ[ed] fundamentally” from those cases. Here, the issue centered on his personal right to use marijuana recreationally, which besides being illegal under federal law, did not concern a “public dimension” such as employer-coerced criminal conduct, workers’ compensation for on-the-job injuries, or public service like jury duty or whistleblowing.

In a possible call-out to the Nevada legislature, the court explained that the interplay between adult recreational marijuana use and employment law authorizes employers to adopt and enforce policies restricting use that affects its workplace. The court stated that had the legislature “meant to require employers to accommodate employees using recreational marijuana outside the workplace but who thereafter test positive at work, it would have done so.”

Ogletree Deakins will continue to monitor marijuana laws and provide updates to OD Comply: Marijuana. Important information for employers is also available via the firm’s webinar and podcast programs.