In May this year the Greek Parliament passed the draft production, extraction and distribution of final products of pharmaceutical cannabis of the species Cannabis Sativa containing over 0.2% Tetrahydrocannabinol (THC).

The vote came nearly four years after Greece became the seventh European country to sanction cannabis for medicinal use and three years after allowing the cultivation and sale of industrial hemp containing less than 0.2% THC.

The latest bill had been expected to be approved by Greek President Katerina Sakellaropoulou within the next six months.

However, there are currently some hold-ups in the process with a number amendments being proposed which have yet to be decided upon.

Read the full article at    https://businesscann.com/new-amendments-could-delay-passing-of-greek-medical-cannabis-bill-until-next-year/ 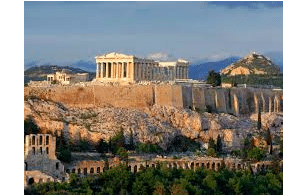