VINELAND – A recent decision allowing cannabis growing and processing in an agricultural area here has reaped a lawsuit in state court against the business and the Vineland Zoning Board.

The lawsuit was filed on March 22 on behalf of Donald and Sharon Money. They are longtime residents of the 200 block of Old Forest Road, not far from the project site at 3192 North West Boulevard.

Donald Money also was among numerous residents testifying against the project at its Zoning Board hearing on Jan. 19. The board, with one dissent, voted to give applicant 3192 NJGCCP LLC a use variance.

The applicant that received the variance is a real estate corporation in Illinois. It has the Boulevard property under a purchasing contract. It would lease it to an affiliated entity, Cannect Wellness of New Jersey LLC, if it eventually receives operating licenses from New Jersey.

The board hearing was notable for opposition city planning staff registered. Principal Engineer Ryan Headley told members a variance was not a good idea for multiple reasons, a fact noted in the lawsuit.

Additionally, board members ignored an ordinance that specifically restricts those kinds of marijuana operations to industrial zones. City Council members who had voted for that ordinance last year said they were upset their direction was ignored by the board.

Northfield attorney Kristopher Facenda, who represents the Money family, claims the board did not hear “any expert testimony” from an engineer or a planner on the project’s potential impacts on the neighborhood. It would be normal for an applicant to present both types of expert at a use variance hearing.

Instead, Facenda notes, the board was addressed only by the managing partner, his attorney, and a real estate agent.

Facenda is asking the court to reverse the zoning decision as “arbitrary, capricious and unreasonable.” He also seeks an award of legal fees and costs. The attorney did not return a call to his office.

The city has not commented on the lawsuit, which is filed in Cumberland County Superior Court.

The attorney for the company has not commented on the lawsuit.

Board member Jeffrey V. Torchio was the only “no” vote at the hearing. His reasons included city ordinance language directing cannabis businesses into industrial zones.

Chairman George LoBiondo recused himself from the review. 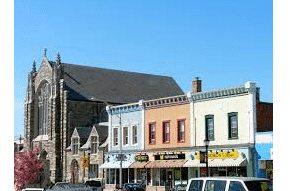