A proposal to legalize recreational marijuana in New Mexico appeared to falter in the final hours of a 60-day legislative session as the Senate postponed a floor debate and turned to other bills.

Lujan Grisham spokeswoman Nora Meyers Sackett said Friday evening that the governor would call a special session of the legislature later if the legalization effort does not come to fruition this week.

“There are a lot of priorities left to be heard, and only so many hours left,” Sackett said in an email. “The governor is prepared to call a special session to get cannabis done and done right. It’s important enough and we’re close enough that the governor firmly believes it will be worth an extra effort.”

Lujan Grisham has pushed for the broad legalization of marijuana in efforts to spur employment and economic recovery from the pandemic. 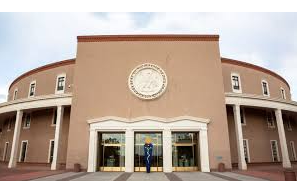