A high-profile medical cannabis producer filed a petition in a state district court last week, asking a judge to invalidate rules recently put in place by the New Mexico Department of Health.

In the petition, lawyers for cannabis producer Ultra Health argued that many of the recently adopted rules regarding plant and product testing, product labels and facility safety standards are “arbitrary and capricious.”

Last year, the state’s Medical Cannabis Program, which is part of the DOH, started the rule change process with a series of public meetings, which carried over to early this year. The rules, which range from pesticide and chemical testing to reciprocity for already approved cannabis patients from other states, went into effect earlier this month. But Ultra Health’s petition focuses on the new standards for producers, some of which the petition says would increase the financial burdens for patients.

“Producers, who already pay well over $100,000 per year for their license and are precluded by federal law from taking any income tax deductions, will have to pay for the increased testing burden and will pass along the costs to patients,” the petition reads.

A DOH spokesman wouldn’t say if or when the department would respond to the request to annul the new rules.

“The Department of Health does not comment on pending litigation,” DOH spokesman David Morgan said.

Arguably a perennial thorn in the side of the department, Ultra Health and its CEO Duke Rodriguez have filed numerous legal actions against the state over issues like the legality of displaying a cannabis plant at the state fair and increasing the number of plants producers can grow. Brian Egolf, who also serves as the state’s speaker of the House, is one of two lawyers who filed the petition.

The new rules from the DOH spell out specific standards for testing plants for fungus, pesticides and heavy metals. But in the petition, Ultra Health’s lawyers argued that the department failed to show evidence that the safe level of contaminants is based on studies or science.

“While Petitioner Ultra Health agrees that some testing is necessary to protect the safety of cannabis patients, DOH’s rules do not draw the necessary connection between the arbitrarily chosen testing parameters and specific measurements of patient safety,” the petition states.

The petition also asserts that the DOH simply copied regulations from other states like Colorado and Oregon, where both medical and recreational-use cannabis are legal. Therefore, the petition reasons, standards for places with different climates should not be applied to New Mexico.

The petition also takes issue with a rule that allows the DOH to randomly test products that are already packaged and ready to sell. That could, the petition argues, put a financial strain on producers if they are not compensated for the finished products pulled from shelves for testing.

The rule changes also included one that requires producers to both label products with product information and provide a “drug information sheet” with details about each product.

The petition called the rule requiring both labels and fact sheets that include overlapping information a “belt-and-suspenders rule” with “unnecessary redundancies.”

No mixing of plants

One of the rules recently promulgated by the Medical Cannabis Program and the DOH states that hemp plants cannot be grown on the same property as medical cannabis.

In New Mexico, hemp growing operations are regulated by the state’s Department of Agriculture, which Ultra Health’s petition argues puts the issue out of the purview of the DOH.

“The Department of Health, on the other hand, has never been given any kind of regulatory authority over hemp,” the petition reads.

Hemp and cannabis are in the same plant family but hemp is defined as having less than 0.3 percent of THC, the substance that is responsible for the psychoactive properties of cannabis.

The petition also takes aim at a rule requiring hemp extracts, such as CBD, and hemp products not be combined with medical cannabis products.

“Again, this rule is outside the scope of DOH’s authority, since the responsibility to regulate how hemp is used resides with the Department of Agriculture,” Ultra Health’s lawyer wrote. “There is no indication from the rulemaking record that DOH cooperated with, consulted with, or engaged in any dialogue with the Department of Agriculture on development of this rule.”

The new rules state that medical cannabis production sites comply with local zoning laws, which Ultra Health argued in the petition puts an unnecessary burden on producers who rent space and have no control over the physical space. Further, Ultra Health’s lawyers wrote, any repairs or updates to production facilities face an unnecessary level of bureaucracy. Under the new rules, “any” physical modification to production facilities would require an approved amendment to the respective producer’s license. According to the petition, Ultra Health and its lawyers interpret that to include “changing a lightbulb, installing an air conditioner, or adding an additional greenhouse.”

“It is arbitrary and capricious to require licensees to constantly submit applications for amended licenses whenever they change a lightbulb,” the petition reads.

The petition argues that a rule requiring floors in production facilities be washable, wipeable, and non-absorbent is too broad and should not apply to grow facilities. 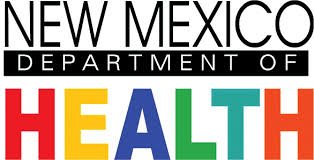