SANTA FE – Tax dollars generated by legalizing recreational cannabis use in New Mexico could be used to pay for law enforcement training, mental health programs, drug addiction treatment and more, under recommendations being crafted by a state task force.

Deciding exactly how to divvy up revenue collected by the state would be up to the Legislature, and there’s no guarantee a marijuana legalization bill will ultimately pass both the House and Senate during next year’s 30-day session.

But some state officials are already eyeing the potential legal pot windfall.

“I think this is an opportunity to get some significant resources,” Health Department Secretary Kathy Kunkel told a Wednesday meeting of the marijuana legalization working group.

Gov. Michelle Lujan Grisham created the marijuana legalization task force in June, after a legalization bill stalled in the Senate in the final days of this year’s 60-day legislative session.

Portales Police Chief Pat Gallegos said law enforcement officials are working with legalization proponents to make sure they have a say in any legislation that’s approved, even though they might not be fully on board with the idea.

“We’re opposed to legalizing marijuana, but we’re not going to go out and try to fight it,” he told members of the working group.

In neighboring Colorado, which legalized marijuana in 2014, the number of vehicle fatalities in which the driver tested positive for any cannabinoid – a chemical compound found in marijuana products – more than doubled from 2013 to 2017, according to a state report issued last year.

However, drunken driving cases decreased during that period, and Colorado youth use of marijuana declined in recent years, the report said.

In New Mexico, the cannabis legalization working group on Wednesday endorsed the idea that law enforcement agencies be required to collect data on the race, gender and age of individuals arrested on marijuana-related charges.

The task force held several hearings around the state this summer, and its Wednesday meeting at the state Capitol was its final scheduled gathering.

The group intends to present a final recommendation to Lujan Grisham next month and, if the governor approves, could then present its plan to legislative interim committees in November, said Pat Davis, an Albuquerque city councilor and leader of the task force.

Eleven states have legalized recreational cannabis. The most recent to do so was Illinois, where legalization is set to take effect in 2020 after winning approval this year. 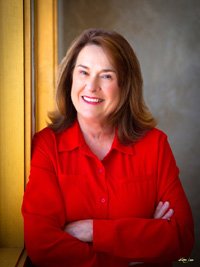