Unless laws are changed to allow police to conduct blood tests for first-, second- and third-time offenders, prosecuting those drivers if they are impaired will remain a challenge, acknowledged First Judicial District Attorney Mary Carmack-Altwies.

She said if police cannot obtain a search warrant for a blood draw at the scene, it will be difficult “to go forward with any sort of prosecution. They can arrest on suspicion, but we will not be able to prosecute because we can’t prove they are under the influence of something, and we have to prove that something.”

She said district attorneys around the state pushed behind the scenes to have lawmakers include such blood-draw provisions in the cannabis legalization bill without success.

“That should have been in the law,” she said.

In a follow-up email, she wrote it’s possible district attorneys will fight to have that provision included in future legislative sessions.

Whether lawmakers will agree to such a provision is unclear. Rep. Bill Rehm, an Albuquerque Republican who is a retired police officer, unsuccessfully tried to pass legislation to set nanogram levels for all drug-related charges behind the wheel in both this year’s regular 60-day legislative session and the two-day special session that followed.

Rehm said the Legislature is “absolutely gonna have to” come up with some standard in the future now that recreational cannabis has been legalized.

“For us to be blind and not deal with it is not very thoughtful,” he said.

Rep. Javier Martínez, an Albuquerque Democrat who was one of the main sponsors of the Cannabis Regulation Act passed into law during the special session, said he could not say whether legislators might include a “per se” limit, as it is known, to the act in future sessions.

“That is certainly out there as a discussion point,” he said.

Martínez is confident technology — in the form of some sort of cannabis Breathalyzer-style test — eventually will provide a way for law enforcement officials to tie impaired driving to cannabis use.

He added the new law changes nothing about the way law enforcement officers handle DWI cases on the road. 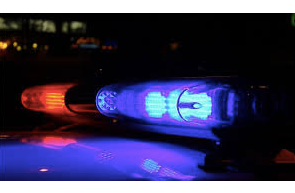