The Borough Council took the first step to “weed out” cannabis businesses from the borough at its Tuesday, April 27 Zoom meeting. The council members had previously discussed the proposed ban at its work session earlier this month. The state allows municipalities to opt-out from allowing any or all cannabis related businesses if such an ordinance is enacted before August 22, 2021.

The draft ordinance prohibits all of the six classes of potential cannabis businesses. The classes are listed as follows

Mayor Al Morgan explained that the borough has the option to allow any or all cannabis business types at any time after the ordinance draft is passed. However, if the council does not act now, it will have no control of cannabis businesses for the next five years. The council members unanimously supported the prohibition, as did former Councilman Jim Madden. Madden listed many negative aspects relating to marijuana use that Colorado has experienced since recreational cannabis was legalized in the state. 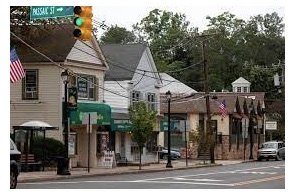