The psychedelics reform movement has seen a wave of successes at the state and local level over the past couple years, but a newly formed group says the timing is right to take their activism to the next stage: Congress.

The Plant Medicine Coalition (PMC)—founded by the head of the Washington, D.C. campaign that got psychedelics decriminalization passed locally in November’s election—is a national organization that hopes to build upon what’s already been accomplished and bring the issue to Capitol Hill, in part by pushing lawmakers to approve federal funding for research into the therapeutic potential of substances like psilocybin mushrooms and ayahuasca.

They will also work to ensure the effective implementation of D.C.’s city-level policy change while supporting other local activists as they push to change laws governing natural or synthetic psychedelics.

Melissa Lavasani, PMC co-founder, told Marijuana Moment in a phone interview that while she was working on the Decriminalize Nature D.C. campaign last year, it “became apparent to me that there was a lot of work to be done here.” 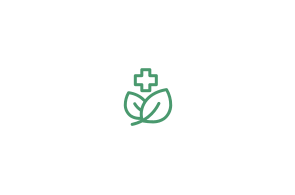