Reviewed in the Los Angeles Review of Books..

A ONE-DIMENSIONAL HISTORY of midcentury America maintains that psychedelic drugs, specifically LSD, arrived on a scene where cultural actors — youthful, restless, alienated — were brimming with revolutionary possibility. These drugs promptly turned those kids on and inspired them to drop out of straight society and create a counterculture.

Ido Hartogsohn’s new book, American Trip: Set, Setting, and the Psychedelic Experience in the Twentieth Century, offers a relatively simple but profoundly significant revision to this basic narrative. It does not deny the enduring waves caused by the seismic shifts (and shiftlessness) of a horde of blissed-out, tripped-out hippies, yippies, heads, and freaks shaking the cage of the American Dream, but it flips the causal script: LSD did not come barreling out of nowhere in a DayGlo bus, crashing into a Sunday picnic of contented capitalists and Christians, of straightlaced girls and crewcut boys; rather, it emerged from within that culture itself. Two decades of postwar socioeconomic growth, with its consequent growing pains, set the scene; as Hartogsohn puts it, “the character of psychedelic experiences […] [were] intimately shaped by the character of the era during which they entered Western medicine and culture.” Ultimately, LSD was a plastic and socially constructed chemical technology that led to a cultural “coproduction,” a kind of feedback loop wherein American society shaped LSD use and the incipient psychedelic culture, which in turn helped shape society, leading to current attitudes toward and uses of LSD. Put another way, American Trip describes LSD as a chameleon that not only changes its colors based on shifts in society’s ideological kaleidoscope but itself induces further cultural change.

The book’s first half offers a tidy history of LSD, the basic contours of which have been presented elsewhere (e.g., Jay Stevens’s superb cultural study, Storming Heaven: LSD and the American Dream [1987]). In some ways, Hartogsohn’s book most closely resembles Michael Pollan’s recent How to Change Your Mind: What the New Science of Psychedelics Teaches Us About Consciousness, Dying, Addiction, Depression, and Transcendence (2018). Both Pollan’s and Hartogsohn’s projects recount a similar history; however, they work toward different ends. While Pollan discusses the newest medical studies that demonstrate the untapped potential psychedelic drugs offer to those suffering physical and emotional problems, Hartogsohn illuminates the matrix of conditions and circumstances that impeded a reasonable attitude toward the medical and social value of these complex chemicals.

Read the full review at the LA Review of Books 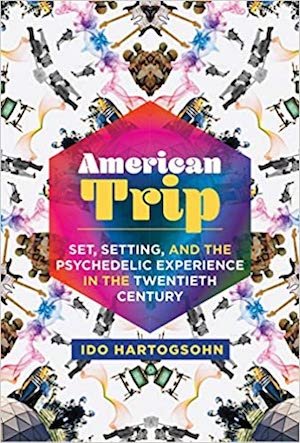