For those of you who are like us and love to read those things called books…..

American Trip: Set, Setting, and the Psychedelic Experience in the Twentieth Century

Are psychedelics invaluable therapeutic medicines, or dangerously unpredictable drugs that precipitate psychosis? Tools for spiritual communion or cognitive enhancers that spark innovation? Activators for one’s private muse or part of a political movement? In the 1950s and 1960s, researchers studied psychedelics in all these incarnations, often arriving at contradictory results. In American Trip, Ido Hartogsohn examines how the psychedelic experience in midcentury America was shaped by historical, social, and cultural forces—by set (the mindset of the user) and setting (the environments in which the experience takes place). He explores uses of psychedelics that range from CIA and military experimentation to psychedelic-inspired styles in music, fashion, design, architecture, and film. Along the way, he introduces us to a memorable cast of characters including Betty Eisner, a psychologist who drew on her own experience to argue for the therapeutic potential of LSD, and Timothy Leary, who founded the Harvard Psilocybin Project and went on to become psychedelics’ most famous advocate.

Hartogsohn chronicles these developments in the context of the era’s cultural trends, including the cold war, the counterculture, the anti-psychiatric movement, and the rise of cybernetics. Drawing on insights from the study of science, technology, and society, he develops the idea of LSD as a suggestible technology, the properties of which are shaped by suggestion. He proposes the concept of collective set and setting, arguing that the historical and sociocultural context of midcentury America offered a particular set and setting—creating the conditions for what he calls the American trip. 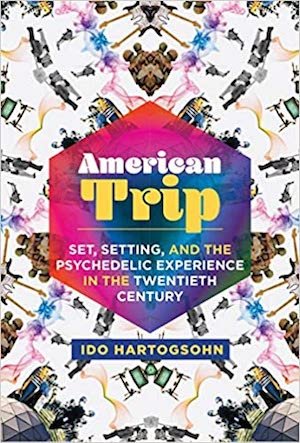