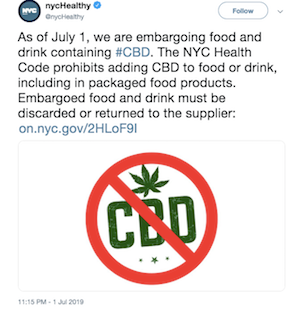 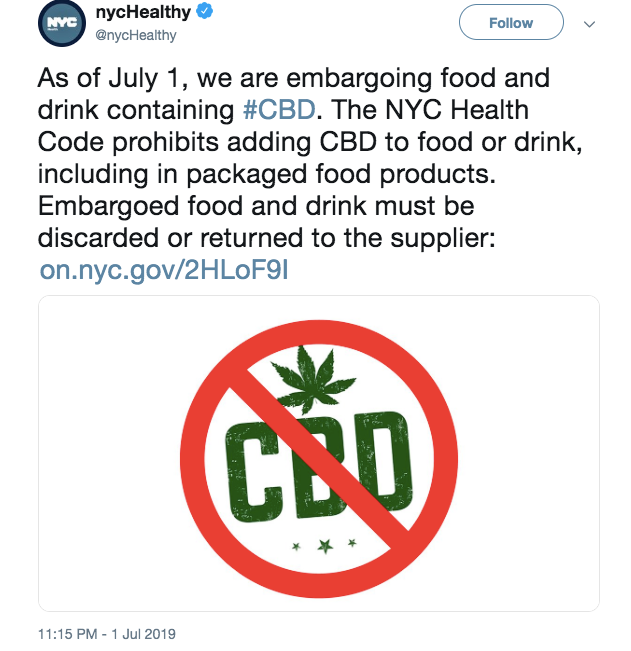 NYC’s Ban On Food, Drinks Containing CBD Goes Into Effect. And looking at the state of the market it’s probably the only approach to take until the sector starts cleaning itself up.

The city’s health code prohibits adding the cannabis-derived chemical to products, including in packaged foods.

The city’s Department of Health and Mental Hygiene said in a tweet on Monday that it will embargo all food and drink containing the marijuana extract cannabidiol, or CBD, immediately. Health inspectors have been cracking down on sales by restaurants and retailers since January.

Starting Oct. 1, establishments still selling the products – in packaged or unpackaged form – may see violations from the health department, according to the agency’s website.

“The Health Department is responsible for promoting the safety of the food available to New Yorkers,” the Department of Health said in a statement. “We have been informing businesses in New York City that may sell food and drink about this regulation to help them achieve compliance.”

Although it’s derived from marijuana, CBD is not psychoactive and can’t get users high. It can be found in a number of products, from oils and lotions to edible gummies, and is available via oral tinctures and vape cartridges. It’s been marketed as a treatment for a variety of maladies but the products haven’t been reviewed by the FDA, which is currently soliciting public commentafter a hearing on May 31.

Guidance on the Department of Health’s page says that CBD food and drink products must be tossed or returned to suppliers.

Earlier enforcement against the sale of CBD food products, which predated Monday’s ban, caused confusion among some business owners. The New York City Health Alliance, which advocates for members across the hospitality industry, said in a statement in February that the city had chosen to “issue fines first, and educate last.” 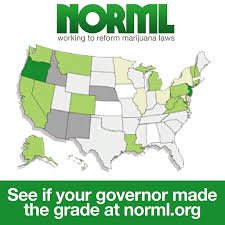 NORML Publish Their 2018-2019 US Governors Scorecard 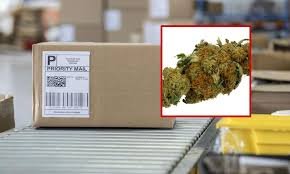 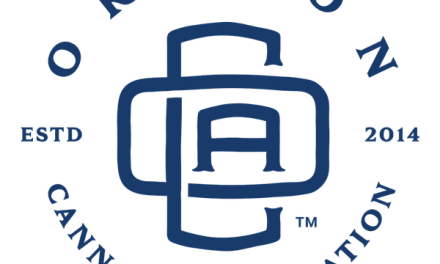