As New York begins legal recreational marijuana sales this week, state lawmakers have pre-filed a bill for 2023 to legalize certain psychedelics like psilocybin and ibogaine for adults 21 and older.

The legislation, which will be formally introduced next week, is being sponsored by Assemblymembers Linda Rosenthal (D), Jo Anne Simon (D) and Karines Reyes (D).

The proposal would amend state statute to make legal the “possession, use, cultivation, production, creation, analysis, gifting, exchange, or sharing by or between natural persons of twenty-one years of age or older of a natural plant or fungus-based hallucinogen.”

DMT, ibogaine, mescaline, psilocybin and psilocyn would fall under the definition of “natural plant or fungus-based hallucinogens” that would be legalized by the bill.

Further, the legislation would authorize people to engage in psychedelic services “with or without remuneration,” as well as use the entheogens in religious ceremonies.

State and local law enforcement would be prohibited from cooperating or providing assistance to the federal government for the purpose of enforcing controlled substances laws against activities made legal under the state law. 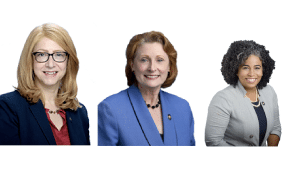