Draft regulations to implement the Marijuana Regulation and Taxation Act MRTA have been published. Public comment is due by February 12, 2023.

On December 14, 2022, the draft regulations to implement the Marijuana Regulation and Taxation Act (New York’s cannabis law) were published in the state register with a 60-day public comment period. The Office of Cannabis Management (OCM) must receive all comments by February 12, 2023. These draft regulations include the application, eligibility, and licensing procedures for applicants seeking to obtain a license to operate as an adult-use nursery, cultivator, processor, distributor, retail dispensary, microbusiness, cooperative, registered organizations with dispensing (ROD), or registered organizations nondispensing (ROND).

While the draft regulations are over 280 pages, below are ten aspects that will most directly impact hopeful and existing New York cannabis businesses.

The draft regulations set forth robust restrictions on promotional items and activities. These restrictions include a prohibition on a licensee’s ability to give or receive a “benefit equivalent to the value of money” from another licensee. However, licensees are permitted to give branded promotional items “of nominal value” to dispensaries and/or their employees on the condition that the items may not be given to retail dispensary customers. Further, licensees are generally prohibited from providing promotional item giveaways to retail dispensary customers, including branded and unbranded merchandise (excluding samples of non-infused edibles and topical products). (See Part § 124.1).

Most states have a materiality threshold whereby individuals under a certain percentage of ownership or control do not need to be disclosed to the state or listed on cannabis license; in New York these are “passive investors.” New York has a materiality threshold for publicly traded companies (of which there are very few) in line with other states’ thresholds; however, New York’s threshold for private companies is untenable. The draft regulations state that a “passive investor” (aka someone that does not need to be disclosed to the state) is an individual with total ownership of either 5% of a publicly traded company or 20% of a privately held company, and who does not have any other control or influence. A 5% materiality threshold for ownership and disclosure for privately held companies is more consistent with other states. While this would not guarantee access to investment dollars, this would allow greater opportunity for New York licensees to raise capital to finance their operations. (See Part § 118.1(61)

In addition, a ROD or its TPIs are not permitted to hold a direct or indirect interest in, or be a TPI, passive investor, landlord, financier, or management services provider, or by any other means, to a cultivator, processor, distributor, cooperative, microbusiness, retail dispensary, on-site consumption, delivery, ROND, registered organization, or cannabis laboratory licensee or permittee, or any person licensed outside of New York State who are licensed to function as any of the aforementioned licenses. This will effectively require all RODs to divest their assets in other states or be blocked from converting to adult use. (See Part 123.17(d)).

The draft regulations state that a cannabis processor may only enter into a branding or white labeling agreement with its TPIs or another licensee. As brands are not eligible to become licensees, this will severely limit and prohibit out-of-state brands. (See Part §C 123.5(c))

The draft regulations create a newly defined term, a “community facility.” This term and the rules contained in § 119.2 greatly expand on permitted municipal setbacks.

“Community facility” means a facility that may include, but not be limited to, a facility that provides day care to children; a public park; a playground; a public swimming pool; a library; or a center or facility where the primary purpose of which is to provide recreational opportunities or services to children or adolescents. A municipality may issue a local law regarding community facilities that are not unreasonably impracticable. § 118.1(a)(21).

“Unreasonably impracticable” is not defined; however, Part 119.5 outlines the procedures for CCB review of municipality rulemaking alleged to be unreasonably impracticable. Under Section 131(2) of New York’s cannabis law, municipalities are prohibited from enacting and/or enforcing any rules, regulations, ordinances, or other action “if such action otherwise impedes on duties and obligations of the Board as set forth under the cannabis law, violates any provision of the cannabis law [or the draft regulations], or discriminates against or frustrates the registrant, licensee, or permittee’s ability to carry out the operation of such registration, license, or permit as issued by the Board.” (See Parts § 119.2 and §119.5).

New York’s draft cannabis regulations outline the factors OCM will utilize to determine whether to grant requests to expand a cultivator’s canopy to a larger tier. These factors include cultivation and sales history, the licensee’s inventory and inventory history, whether the licensee underwent a catastrophic event affecting plants and/or inventory, and the licensee’s adherence to its submitted plans (e.g., the licensee’s operating plan). The draft regulations also include a “catch-all” factor (“any other factors determined by the Board”). Cultivators aiming for long-term growth and expansion should consider how they will demonstrate success in the articulated factors; and whether there are more concrete factors that should be utilized. (See Part § 120.3(a)(5)).

While all other license types are discussed in detail in the draft regulations, cannabis delivery is expressly excluded at this time. While OCM has indicated these draft regulations will be promulgated eventually, it leaves many questions unanswered for the time being.

According to the draft regulations, New York Adult-Use Conditional Cultivators (AUCC) will be permitted to transition to a full license upon the satisfaction of certain conditions; however, the transition will only allow for a Tier IV outdoor license or a Tier II combination cultivator.

The draft regulations require New York municipalities with a population of 20,000 or more to require a 1,000-foot radius from other premises that have been issued the same license type. This means that in many municipalities—including New York City, Buffalo, Syracuse, and Albany—a retail dispensary cannot be located within 1,000 feet of another retail dispensary. (See Part § 119.1(a)(4)). This radius may prove impossible in densely populated cities where property is already scarce. 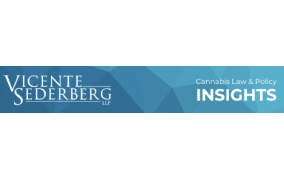