Here’s the introduction from Foresnsic news

Abramovich, whose net worth is estimated at $9 billion, was sanctioned by the U.K. and the EU after Russia’s invasion of Ukraine. He has not been sanctioned by the U.S., but the Department of Justice obtained a warrant to seize two of his planes in June.

Now, newly leaked documents from Cyprus show that Abramovich’s company invested in a plethora of companies in the American cannabis industry, and also helped fund the two biggest shareholders of Curaleaf, the world’s largest cannabis company with a market cap of nearly $3 billion.

The documents from a Cypriot accounting and secretarial firm were made available to journalists and researchers by Distributed Denial of Secrets, a non-profit that hosts leaked and hacked data. Forensic News has reviewed thousands of leaked documents related to Abramovich’s offshore empire.

Curaleaf has previously faced questions over its ties to Russia. Its executive chairman Boris Jordan was once a prominent investment banker in Russia, and has said that he “once had a close relationship with Vladimir Putin.” Jordan currently holds approximately 18.2% of Curaleaf and is now worth $1.6 billion. He has repeatedly denied speculation about Curaleaf’s ties to Russia.

The documents, however, show that Abramovich was quietly funding Jordan and companies under his control via a British Virgin Islands LLC, Cetus Investments.

Tens of millions of dollars in loans were issued to Jordan and his companies, something that appears to have never been disclosed by Jordan or Curaleaf. Some of the loans included stipulations that the money was only to be spent on purchasing shares in Curaleaf, previously known as PalliaTech Inc.

In November 2016, Lafayette LLC, a Delaware-based company owned by Jordan, received $14 million from Cetus Investments Limited, a British Virgin Islands company controlled by Abramovich. A promissory note said that the money must be used by Lafayette to purchase 878,569 shares of stock in PalliaTech. 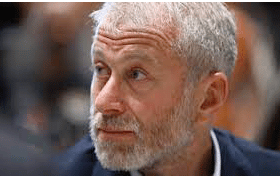