The firm write…..Support remains strong for adult use cannabis as ads start to hit the airwaves; views on home rule are split; support for consumption lounges wavers

Roseland, NJ – September 25, 2020 – After keeping New Jersey residents quarantined for months, the coronavirus is impacting what voters think about legalizing cannabis for recreational use, according to a new poll conducted by the Cannabis Law Practice of the New Jersey law firm Brach Eichler LLC. One out of five likely voters said their opinions on cannabis have changed, due to the pandemic that has disrupted everyday life.

The newest Brach Eichler Cannabis Poll also revealed that overall support for the legalization of cannabis in New Jersey remained solid – with 65 percent supporting it, 29 percent opposing and 6 percent unsure. That is statistically similar from the two previous Brach Eichler Cannabis Polls, in July and August. Voter awareness remained strong, with 70 percent reporting they knew that the question of legalization would be on the ballot this November and 30 percent saying they were not aware.

Other views on the scope of the legal cannabis marketplace appear somewhat uncertain, however. Support for consumption lounges remains mixed, while voters remain virtually split on whether communities should be able to block sales within their borders. Voters also indicated they were starting to see ads, both for and against the ballot initiative; reflecting the high interest that the cannabis marketplace is attracting.

The Brach Eichler Cannabis Poll questioned 501 registered New Jersey voters from September 8 to September 16, 2020, who said they were likely to vote this November. The margin of error is plus or minus 4.4 percentage points. Brach Eichler, a recognized thought leader in cannabis law, was one of the first New Jersey law firms to form a dedicated cannabis law practice committed to providing advice and counsel to businesses and individuals seeking to understand the complex laws surrounding cannabis.

“Along with the growth in Republican sentiment in favor of adult use cannabis, we also see that the support is solid and consistent, but we have yet to see the impact of ad campaigns for-and-against legalization,’’ said Charles X. Gormally, Co-Chair of the Cannabis Law Practice at the firm. Only 25 percent of those polled said they have seen any promotional material. “Our next poll in October should provide more insight on whether promotional ads for or against will have any impact on voter attitudes,” Gormally said.

“The Brach Eichler Cannabis Polls have been clear in showing the resounding support voters have for the legalization of recreational cannabis here in New Jersey,” said Fanburg. “Given our dedicated cannabis law practice and our deep understanding of the legal complexities of the cannabis industry, we are uniquely positioned to be at the forefront of the creation of this new marketplace.”

The poll also found that support for “consumption lounges” – akin to bars for cannabis – remains uncertain. The September survey found lounges backed 47 to 39 percent, with 14 percent undecided. That was a narrower margin of support and an increase in undecideds, when compared to the July poll.

At the same time, support for “home rule” – allowing municipalities to decide if cannabis businesses would be allowed in their towns – was a statistical dead heat, with 43 percent in favor, 41 percent against and 16 percent unsure.

Support for legal marijuana was seen across all parties. Democrats backed it 72 to 24 percent, which was a six-point slip in support; Republicans 56 to 40 percent, a slight rise on both sides; and Independents 65 to 24 percent, a seven-point increase in support. Among those same voters, 52 percent said they would vote for Democrat Joe Biden for president, while 38 percent backed Donald Trump, the Republican. The remaining 10 percent either favored another candidate or were unsure. Compared to the August poll, that was a five-point increase for Trump, and a five-point drop in others/undecided, while Biden held at the same level.

Gormally added, “With the drumbeat of the national election cycle quickening, and the Democrat support for decriminalization, it is likely that we will see a continuing erosion of the desire to maintain what is widely regarded as a failed policy of cannabis prohibition. This erosion will support further interest in creating an adult use, regulated cannabis marketplace with New Jersey voters.

The Brach Eichler Cannabis Poll was conducted by DKC Analytics. A fourth poll on the November ballot initiative and related views on cannabis is scheduled for October. 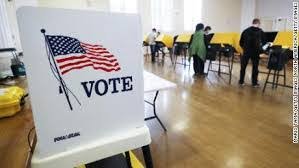