Last October, the Santa Fe Fire Department responded to an explosion at a well-known medical cannabis manufacturing facility. Besides being an early medical cannabis producer and manufacturer, the company, New Mexicann, experienced a similar explosion in 2015. Both instances reportedly resulted in employee injuries, but the latest explosion also resulted in a criminal complaint against New Mexicann’s executive director and reportedly a revocation hearing with the New Mexico Department of Health.

But while the criminal proceedings against the company’s director are open to the public, Department of Health rules require that medical cannabis license revocation hearings be closed to the public.

According to the criminal complaint against New Mexicann’s director Carlos Gonzales, the explosion last October was caused by a cannabis extraction process that the company was not licensed for. There are a variety of cannabis extraction processes, but in many instances the process involves volatile and flammable solvents. According to court records, state fire investigators found what appeared to be ethanol alcohol near a hotplate that was set to 500 degrees. Gonzales is facing two felony arson charges. Representatives with New Mexicann declined to speak with NM Political Report about the incident or the opaque nature of medical cannabis license revocation hearings.

According to rules promulgated by the Department of Health, medical cannabis license revocation hearings are required to be done in private.

“Due to federal and state confidentiality laws, hearings held pursuant to this section that concern qualified patients, patient-applicants, licensed producers or producer-applicants, shall be closed to the public. Portions of hearings may further be closed to prevent the disclosure of confidential information,” the rule reads.

Department of Health spokesman James Walton told NM Political Report in an email in March that he could not say with certainty why the department decided to make the hearings closed to the public.

“This calls for speculation and legal opinion, which I’m not at liberty or qualified to share,” Walton said. “I will forward your question to legal, but I doubt they will have a comment on this question.”

Walton added that the “proceedings” were “still in motion” at the time and that he could not comment on them.

At the time of publication, it was still unclear whether the department had made a decision on New Mexicann’s license status.

New Mexico’s Open Meetings Act actually allows certain hearings to be held in private, particularly those involving licensing. But, the same law requires that hearings “at which evidence is offered or rebutted shall be open.” Still, it is unclear what was presented at New Mexicann’s revocation hearing that took place earlier this year as it was closed to the public.

Despite state law allowing such hearings to take place behind closed doors, New Mexico Foundation for Open Government director Melanie Majors said any public policy that keeps the public out of view is “bad policy” and should be questioned.

“Anytime that an agency is trying to keep action out of the public’s view, you’ve got to question why they’re doing that,” Majors said.

Assuming Gov. Michelle Lujan Grisham signs recreational-use cannabis into law, there is a possibility that the process surrounding license revocation could change. In March, the New Mexico Legislature passed a bill that would make cannabis possession and use for those 21 years of age and older legal. If signed into law, the bill would also move all responsibilities related to medical cannabis, except for monitoring the medical cannabis patient registry, from the Department of Health to the newly formed Cannabis Control Division, which is overseen by the state’s Regulation and Licensing Department.

A spokeswoman for Regulation and Licensing told NM Political Report that the department abides by the Open Meetings Act by holding all evidentiary hearings and final determinations in public. Although deliberations can be held in private. 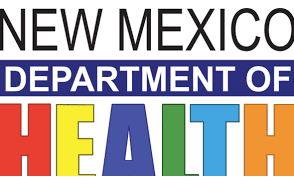