This has to be the headline of the day from the NZ Herald..

A Dunedin woman who attempted to carjack a nun while high on LSD has been refused parole again.

Lisa McCormack (24) was sentenced to two years, four months’ imprisonment at the Dunedin District Court in October 2019, and the Parole Board said psychological counselling was needed before she could be safely released.

Panel convener Mary More said the prisoner had been moved to the self-care unit at Christchurch Women’s Prison in October but was shifted back to the minimum-security section after getting a new tattoo and becoming “aggressive”.

McCormack’s aggression was starkly apparent in April 2019 after she consumed alcohol and LSD with friends.

She ran into the road where a 74-year-old motorist and his 80-year-old sister, a nun, were waiting at lights at the intersection of King Edward St and Hillside Rd.

McCormack later told police at the time she believed her heart was about to stop and that she urgently needed to get to hospital.

After wrenching open the driver’s door, she demanded access to the vehicle, the court heard at sentencing.

When the pair refused to surrender the car, she crawled over the man and kicked at him while “squashing” the nun in the passenger seat.

The driver got out and pulled McCormack out by the ankles.

She was restrained on the footpath by members of the public but wrestled herself free and attempted again to access the vehicle before she was arrested. 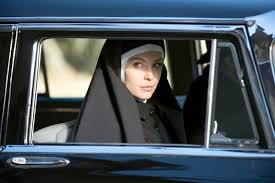