Norway’s Alliance for rights-oriented Drug Policies (AROD) says that to vindicate the rights of drug law violators, they will on 11 September 2021, hold a cannabis sale outside Oslo’s police headquarters to protest the abject failure of  Norwegian drug reform. 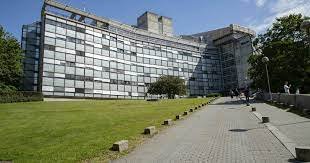 Roar Mikalsen of AROD  says …….Despite the recent Royal Commission’s report, which demonstrates that moral panic has been the chief influence on the development of drug policy, and NGOs documentation of the connection between this phenomenon and human rights crimes, politicians continue to agitate for persecution on refuted terms.

Thus, we intend to help Norway recognize the rule of law through a civil disobedience campaign on behalf of the persecuted groups.

We do this not to provoke, but to expose the blind spot of Norwegian drug law reform and to promote a larger picture of rights.

This picture of rights is being confirmed internationally, and it is time for Norway and other countries to fulfil basic obligations. 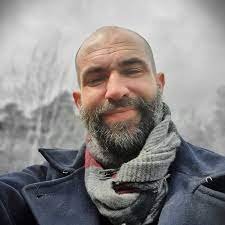 ​​The Norwegian drug reform has crashed. Despite the Royal Commission’s recent report, which demonstrates that moral panic has been the chief influence on the development of drug policy, and organisations’ documentation of the connection between this phenomenon and human rights crimes, politicians continue to agitate for persecution on refuted terms. In doing so, the politicians have failed to fulfil obligations imposed by international law, and the Alliance for Rights-Oriented Drug Policy (AROD) intends to help Norway recognise the rule of law through a civil disobedience campaign on behalf of the persecuted groups.

The State’s responsibility towards persecuted groups

While observing the situation from the constitutional perspective, one cannot go from criminalising drug use to making it a case of morbidity without looking at the relationship to human rights principles. Principles such as equality, self-determination, proportionality, and the presumption of freedom define the outcome of a right’s analysis, and it has long been known that supporters of prohibition make a poor case. Thus far, there are 5 questions that remain unanswered. The rule of law demands that these questions are put centre stage, and so the AROD will have a cannabis sale at the police station on September 11, 2021.

We do this to find a resolution for a situation that is becoming increasingly difficult. After more than 50 years of the existence of a drug policy based on totalitarian premises, society finally understands that stigmatising users is wrong. However, politicians do not know the proper way of dealing with this situation. They are confused because they depend on the demonisation of drug traffickers in order to maintain faith that the experiment of prohibition is worthwhile. Moreover, they do not wish to see the bigger picture.

It is this blind spot that the AROD wants to remove. Regardless of whether politicians agree on the decriminalization of a specific amount of drugs, the supply and demand of these substances remain distorted into a context of victim and aggressor. Thus, moral panic continues to have a grip on drug policy and there is political agreement on retaining the law’s most severe punishment for actions that are becoming legally regulated in an increasing number of western countries As no politician will realize the misdirection of punishment, we are dealing with a political process outside the control of the rule of law, but the truth remains that the drug-free ideal is the cause of much misery.

Here, we shall not elaborate on the problems of prohibition as measured against human rights. Suffice it to say, drug users and drug dealers have rights and no one in office wishes to take responsibility for the persecuted groups. Therefore, as an organization dedicated to this purpose, the AROD will use our cannabis shop outside the police station as a lever for the state to emphasize, clarify, and deliver on human rights obligations.

An invitation to cooperate

In setting up this shop, the AROD not only aims to indicate the blind spot of the Norwegian drug policy, but we also invite the police and the judiciary to show their cooperation. The police themselves are under heavy pressure due to the drug reform. While on the one hand, the department is facing an increasing amount of resistance to a culture that contemporary society can no longer accept, observant police officers have stood up against arbitrary persecution. It goes without saying that a principled clarification is the need of the hour and to support the evolution of human rights, the AROD will help the Norwegian government face the blind spot. Thus, we have cannabis products for sale so that we can exercise the right to review the law.

Norway’s most renowned lawyer, Johs. Andenæs, referred to the right of revision as a core point in the rule of law, and the AROD will use the judicial system to undertake a job that politicians shy away from. According to the principle of separation of powers, the civilian population can use the judicial system to promote human rights obligations, and we invite the police and the prosecuting authority to support our quest for justice.​

No one is served by laws that do more harm than good; neither does anyone want to be remembered as the person opposing human rights obligations in the domain of drug policy. As the preamble of the UN Covenant on Civil and Political Rights maintains: “the individual, having duties to other individuals and to the community to which he belongs, is under a responsibility to strive for the promotion and observance of the rights recognized in the present Covenant.”

This responsibility is even more pronounced in the directives of the police. Thus, the new Norwegian Director of Public Prosecutions, in defence of the same principles as the AROD, has embraced a decriminalization of drugs. It only remains to be seen if a regulated drug market provides the best outcome for everyone involved, and we are looking forward to 11 September with an expectation that the events will progress smoothly and that this case will be processed in the court system as soon as possible.

We have provided the police with all the relevant information in advance, and we will include the book Human Rising as our procedural claim. With that, everything will be arranged for a fair trial and we expect that the officers of the law recognize basic human rights protections. However, we ask the press to watch closely.

​For more than ten years, the persecuted groups have struggled to have their case heard. Just as long, the state has rejected offers of co-operation, and the police would rather not have to deal with the issue. We, therefore, ask the press to take its watchdog position seriously. In times of moral panic, we all have a responsibility to the constitution, and the AROD requests journalists to not contribute to obscuring crucial issues.

After all, we are dealing with the most important constitutional issue since World War II. 300,000 Norwegians have rights that remain ignored; worldwide, this number is approximately 300 million, and the more light that can be brought to this blind spot, the better it is for the rule of law and the health of our nations.

Thus, we hope that journalists and concerned citizens will find time to look at the matter, develop an interest in human rights, and follow the case closely as it moves forward in the justice system. Life Liberty Books have devoted a blog to explain the worldwide ramifications, and we hope that you will help report the events of September 11, 2021. To the extent that you do this, posterity will celebrate your commitment to the persecuted, and we look forward to assisting with any questions.

“After a few decades studying the development of our drug policies, I have become more and more sceptical. Speaking bluntly, I have stated that we someday may see it as the 20th Century’s greatest misapplication of the criminal law. With this, I speak not only for us, but for the entire world.”

In Post 1, I explained why, on 11th September 2021, I will bring cannabis to the police. The failure of the Norwegian political process to aptly deal with the demands concerning the protection of human rights was summarised, and we also discussed its national and international implications. As we noted, some 300 million people are being persecuted without valid explanation; this violates human rights, and there is a need for independent, impartial, and competent tribunals to weigh the interests of society against the liberty of the individual.

It is not only the political process but also the legal system that has failed to protect basic rights. Both the Norwegian and the international systems for drug prohibition have escaped meaningful review, and so this blog has been founded to make the state respect the rule of law.

Although controversial, I have already presented the bigger picture, and here, I shall focus on how the Norwegian state came to be a violator of human rights. I should add that the title is somewhat misleading, as I shall not elaborate too much on the failure of the political process. It would require writing several books to demonstrate this breakdown in its entirety, for the incompetence and arrogance of politicians in this area of policy is such. Thus, we shall continue on a more positive note, i.e. what has been achieved in the area of human rights. 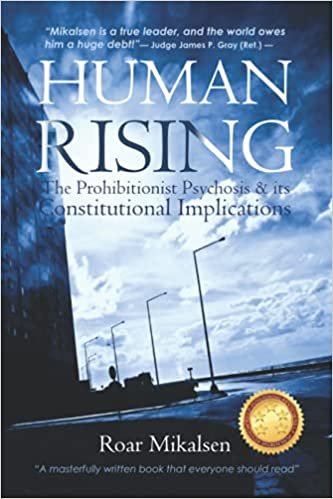 A powerful argument against totalitarian thinking, the war on drugs, and other ills of a broken society. Without slipping into unproven claims or outlandish theories, the author unravels a complex network of influence, deceit, and corruption. The effort required to compile and craft a book like this demonstrates Mikalsen’s unwavering purpose to shine a light on the current state of the world. This is a masterfully written book that everyone should read, particularly those who seek to break out of the current paradigms and oppressive systems of thought in order to achieve a more liberated way of life.” Self-Publishing Review, ★★★★★

From the Back Cover

This book ties the prohibitionist experiment to other totalitarian endeavours while tracing the Spirit of Freedom as it moves through the centuries. Arguing from a perspective of first principles, the author explains the psychology that connects morality and law: how the morality of the prophets and that of the founders are one and the same; and why this simple fact has been so difficult to grasp.
As in other times and places, our difficulties arise from having accepted the false authority of collectively held irrational fears; this trait of moral panic never fails, and as the parallels between the prohibition experiment and former mass-movements that have gone wrong are explained, it is clear that the status quo depends upon a state of unconsciousness.
Indeed, after exploring the history of drug prohibition, we find that this moral crusade can only thrive because of power-politics coupled with the psychological defence mechanisms of projection and denial. Whenever human rights violations abound, it will always be due to the disruptive influence of these forces and their impact on our psyche – and in our day, the result is the prohibitionist psychosis.
This book describes its destructive workings on Western civilisation. Morally and legally, the experiment of drug prohibition is shown to be a crime against humanity and upon recognizing its impact, it is clear that if we are to reclaim our inherent potential, society will need to readjust. As the founders knew, the art of constructive social engineering always began with a ‘frequent recurrence to fundamental principles,’ and as the light of reason returns to the West, this book elaborates on what it means to abide by a constitution.
Share On Linkedin
Share Via Email 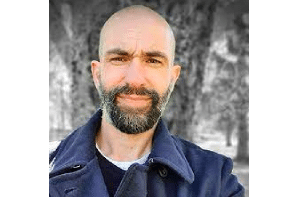