Not Such A Nice Cuppa! NJ Parolee Sues Total Life Changes of Fair Haven, Michigan For Their Claims On 0% THC Hemp Tea


Total Life Changes of Fair Haven, Michigan, has been sued by a New Jersey man who says the company’s instant Iaso Tea is “intentionally misleading the general public” by carrying a label that says it “contains 0.0% total THC as evidenced through independent laboratory tests.”

The New Jersey plaintiff who bought the tea says he is on parole and failed a drug test after drinking the tea. He called the test results “extremely shocking” and sent the tea for a lab test that showed it contained trace amounts of THC. He is seeking class-action status for the claim he filed in December.

The teamaker has asked a federal judge in New Jersey to dismiss the case because the plaintiff did not lose his parole status over the test and “suffered no injury as a result of an incorrect report of a failed drug test.”

A company website checked Monday by Hemp Industry Daily says in its tea description, “We do not recommend use if you are subject to drug testing.” 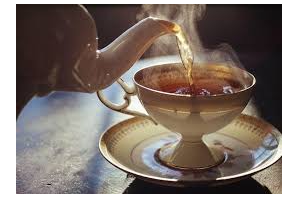