There have been a number of pieces detailing advances over the past couple of months , this is the most detailed yet.

After the state legalized recreational marijuana in March, the lawmakers and advocates who pushed for the law have been criticizing Gov. Andrew Cuomo for dragging his feet on setting up marijuana sales and cultivation regulations. While most of the state still needs to wait a year or more before sales can begin, some Native American tribes are already moving ahead with legal pot in their territories.

Marijuana law, as it relates to sovereign Native American tribes, can be tricky because there aren’t set regulations. “Short answer, it’s complicated,” said Heather Trela, a fellow and the director of operations at the Rockefeller Institute of Government. But the most simple way to understand it is that sovereign tribes are free to legalize – or ban – marijuana within their territories, including its cultivation and sale, independent of the state. Still, it becomes much easier for tribes looking to enter the pot market to take action after surrounding states legalize the drug to avoid jurisdictional issues over drug-related crimes with the federal government.

At the forefront of those efforts in New York is the St. Regis Mohawk Tribe, whose territory is at the northern edge of the state along the Canadian border. On June 28, it became the first tribe in the state to legalize recreational marijuana. But the tribe had been working on regulations since December 2019 following a tribal referendum on the matter. When the state approved its marijuana legislation, the St. Regis Mohawk Tribe was ready to act. And it’s on pace to begin sales well before the state.

In a unique setup, the St. Regis Mohawk Tribe has established an entire regulatory structure within its jurisdiction and will award licenses to tribal members and tribal businesses. This is different from the route many other tribes have taken, which often set up tribally owned and operated marijuana businesses. In an email, Brendan White, the tribe’s director of communications, wrote, “The adoption of the Tribe’s Adult Use Cannabis Ordinance is historic, as it represents the first adult use cannabis law adopted by a tribe in New York state and is the first in the country that licenses tribal members and tribal member-owned businesses.”

The recently passed ordinance created the Tribal Cannabis Exchange to issue licenses and collect fees, and it includes a compliance office overseen by the Tribal Cannabis Board. It has already begun receiving license applications, and while the tribe has not provided a specific timetable, marijuana sales are expected to begin in the territory before the end of the year. And the new businesses could have big monetary implications for the tribe. “It provides an opportunity to diversify our local economy, provide needed employment and remit licensing fees to financially support the ongoing provision of essential community programs and services,” White said.

Read the full article at  https://www.cityandstateny.com/policy/2021/08/indigenous-tribes-taking-lead-legal-weed/184235/ 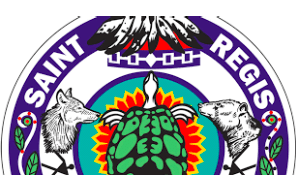