On Monday, July 26, Westchester County District Attorney Mimi Rocah announced that the courts have granted her petition to dismiss all marijuana cases involving felony and misdemeanor charges of marijuana possession or sale.

In total, 184 cases have been dismissed by the DA’s Office.

Roach noted that despite roughly equal usage rates, African Americans are 3.73 times more likely than white people to be arrested for marijuana offenses.

“Dismissing all marijuana cases, including underlying bench warrants, has been a priority of mine, and the legislature’s repeal of Article 221 was long overdue. The decriminalization of marijuana possession is critical given the discriminatory way marijuana laws have been used to incarcerate people of color.” Rocah said.

“While Black and white Americans used marijuana at similar rates, people of color are much more likely to be arrested than white Americans for marijuana possession. Our office is committed to reducing this disparity and the dismissal of these cases is an important step.”

According to Rocah, her office will not go forward with prosecuting future violations or misdemeanors.

In local court, she said prosecutors will continue to identify warrants for standalone marijuana charges that would no longer be prosecutable and will calendar those cases, recall the warrants and dismiss the charges.

“The decriminalization of low-level marijuana-related offenses will prevent people from getting unnecessarily involved with the criminal justice system,” Rocah said. “Having to disclose an arrest and record can impact many facets of their life, including limiting employment and housing opportunities.” 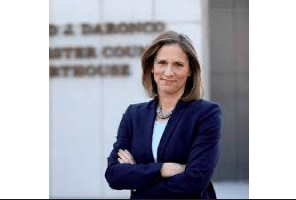