NZ Cannabis Cannabis NO Vote Still Whinging Even Though They Won

The Trump virus of moaning about the other side even when you’ve won has spread to NZ.

We thank Cannabiz in Australia for the story. Here’s their introduction

Despite victory in the New Zealand cannabis referendum last year, No campaign leader Family First is still claiming it had to beat the media odds to do so.

It claims an in-depth analysis of media coverage of the euthanasia and cannabis referenda found that while both sides of the euthanasia argument were given “reasonably fair and balanced coverage”, the Yes position in the cannabis debate received a “heavily biased share of the media coverage during the campaign period – especially from particular media outlets and journalists”.

The news will come as a surprise to Yes campaigners who complained of dirty tricks by the No campaign and interference by anti-cannabis US lobby group Smart Approaches to Marijuana in the referendum. 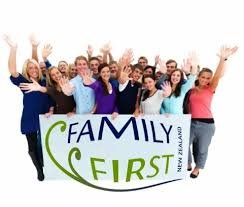