NZX gets its third cannabis listing with Greenfern debut

The NZX has gained its third cannabis company with the listing of Taranaki-based Greenfern.

The company – a cannabis, therapeutics and wellness company incorporated in 2018 – aims to be a leading New Zealand producer and wholesale distributor of medicinal cannabis products, hemp-based health beauty products, and hemp-based food and other fast-moving consumer goods.

By early afternoon, the stock was trading at 40c compared with its 25c reference price, valuing the company at $33.6m.

Greenfern is a “compliance” listing. It is not raising fresh capital but by complying with NZX listing rules, it leaves the door open for capital raisings in the future.

Greenfern follows in the footsteps of Cannasouth, which listed in 2018, and Rua Bioscience, which joined the NZX in 2020.

In its listing documents, Greenfern said it is an early-stage, loss-making operation with small revenues.

The company’s development to date has been funded mostly by two crowdfunding capital raising rounds which raised $1.96m in 2019 and $2.88m in 2020.

In 2021 the company raised an additional $2.15m from wholesale investors for further development.

“The company’s primary focus to date has been on research at its medicinal cannabis facility at Normanby in Taranaki, harvesting and selling its hemp crops for industrial use and as ingredients for foods used in the fast-moving goods market, and establishing commercial relationships with local and overseas parties, as well as preparing to seek approvals and licences to produce and distribute medicinal cannabis products,” it said.

The company’s key executives, Daniel Casey and John Hussey, are shareholders, currently owning 10.44 per cent and 14.81 per cent respectively.

In 2020, the company bought a small hydro power station, which is intended to provide it with clean, renewable energy at a competitive cost.

Chair Brent King was the founder and managing director of the once-listed Dorchester Pacific and its subsidiary Dorchester Finance until he resigned in 2005.

He has also been a director of 42 Below, Finzsoft Solutions, Chow Group, Charlie’s Group, and is on the board of the Eden Park Trust, Auckland Cricket and New Zealand Cricket. 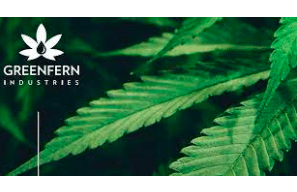