Offshore Tax Haven To Ease Cannabis Laws (Isle of Man, In Case You Were Wondering)

If you wish to re-publish this story please do so with following accreditation
AUTHOR: MARK TAYLOR
PUBLISHER:  CANNABIS LAW REPORT

Marijuana companies seeking offshore European tax havens to set up shop, look no further; the Isle of Man is about to loosen its cannabis laws.

Residents in the Irish Sea territory have been invited by the government to respond to a wide range of issues surrounding the availability of cannabis.

Over-the-counter sales could be approved, and doctors could be allowed to prescribe it for a range of conditions.

The island is also, naturally, looking at how it can facilitate businesses looking to expand into this area.

Multiple consultations are being launched over the next six weeks; one will ask if access to cannabis for medicinal purposes should be widened. Currently it is restricted to patients in three closely defined categories.

Children with severe forms of epilepsy, adult cancer patients suffering from nausea and vomiting as a result of chemotherapy, and adults with muscle stiffness caused by multiple sclerosis are currently eligible to be prescribed medicinal cannabis.

Home Affairs minister Bill Malarkey MHK said the issues were “deliberately” being consulted on independently, so that those in favour of legalising cannabis for recreational use did not “distort the figures within the medical side”.

Decriminalising the recreational use of cannabis will be considered at a later date.

The UK tweaked its laws in November last year to allow specialists to prescribe the drug, and as a Crown Dependency, a territory for which the UK is responsible but has no power over, the rules also apply in the Isle of Man.

The consultation on industrial hemp will ask for views on whether the law should change to allow the growing of hemp for commercial use, under a licence system.

Given its proximity to Britain, the Isle of Man enjoys a temperate climate, with cool summers and mild winters. Average rainfall is high compared to the majority of the British Isles, and all things considered, it is probably one of the most ill-equipped geographies in which start a cannabis grow op.

This blog concerns itself with European issues, but we are well aware of the eye-watering tax rates many North American cannabis companies are finding themselves subject to.

The Island has a standard zero rate of corporate tax, no capital gains or inheritance, or wealth tax, although a higher rate of 10 percent is applied to banking activity and retail businesses with annual taxable profits of £500,000 ($647,000) or more.

It is often regarded as the top jurisdiction for licensing, regulation, headquartering and administration of the biggest online gaming companies in the world, and is also home to major gaming companies and software developers.

The Isle of Man has also set itself up as ‘Bitcoin Island’, having rejigged its legislation to allow start-ups and cryptocurrency firms to set up shop and enjoy tax breaks, firmly pissing off the likes of Gibraltar, Malta, and the Cayman Islands, who are all attempting to do the same thing.

At a time when the European Union is mulling a review of medicinal cannabis legislation, and several domestic states are drafting up their own laws, it would make sense that a European jurisdiction known for its favourable tax laws, that is not an official part of the European Union, would suddenly make eyes at overseas cannabis firms.

Now back to the boring legal bit: In the Isle of Man, it is currently illegal under the Misuse of Drugs Act 1976 to cultivate the plant, which is a variety of Cannabis sativa.

Hemp is grown in more than 30 countries for the production of fibre, usually under a system based on granting licenses or permits to growers.

It’s thought industrial hemp as a commercial crop could support sustainable farming and open up economic opportunities for the Island; the consultation will ask whether the public sees this as acceptable. 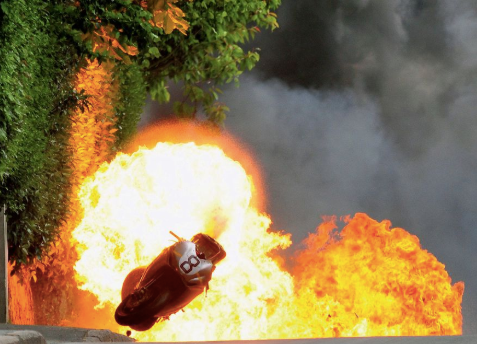