A lawsuit was filed Thursday in Okmulgee County District Court to stop the implementation of a medical marijuana seed-to-sell tracking program.

It’s no secret that the state’s medical marijuana industry has been on fire since the passage of State Question 788 in 2018. But the road since hasn’t been easy to navigate.

“We deal with stuff like this every single year, every single session,” said Darrell Carnes, Owner of Mary Jane Dispensary in Moore.

The state’s seed-to-sale tracking system is just the latest topic for debate. It’s contracted through a company called Metrc and it’s set to launch May 1.

“We believe that Metrc and what was being required of businesses here in the state of Oklahoma was an unlawful request,” Carnes said.

But complaints to the powers that be, fell on deaf airs. Carnes said that’s when they decided to take it to the courts.

In the lawsuit filed by attorney Ron Durbin with Viridian Legal Services, eight issues are brought into question.

Among them: Whether the contract between OMMA/OSDH and Metrc constitutes the creation of an unlawful monopoly.

If the lawsuit is unsuccessful, business owners will be required to sign up for Metrc, pay for it, and buy proprietary RFID tags from Metrc and Metrc only.

“When you do compel small business to purchase these tags, you’re creating a monopoly,” said Carnes.

“Whenever we don’t have competition for a supplier, you get into a really dangerous situation where they don’t have to price their tags competitively,” said Jeremy Dedmon, owner of Paragon Extracts in Tuttle.

“We’re going to have to put a $.25 cent RFID tag on every single one of these pre-rolls,” Koumbis said as he grabbed a pre-roll for a shop bin.

That means if a business needs 25,000 tags, they’re going to have to pay shipping costs five times, and Koumbis said that can cost nearly $200 a pop.

The fear then is that patients will turn to the black market for a cheaper product, which is something neither business owners nor lawmakers want to see happen.

FOX 25 reached out to both OMMA and Metrc for comment. Both declined to comment on pending litigation.

Durbin said during a press conference held Thursday that the first goal is to get a judge to agree to stop Metrc’s tracking system from launching until the lawsuit sees its day in court. 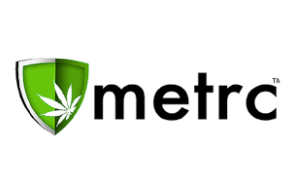