Oklahoma City medical marijuana dispensaries are plentiful, and so too are the profits they generate for the city. Writes the Oklahoman.

The city alone, not including any of the other cities in the metro area, now has nearly 195 dispensaries open and operational. Those dispensaries have consistently generated between $250,000 and $350,000 per month for the past six months.

This is so much the industry is generating more tax revenues than the city’s bars, according to city data. Drinking establishments that are primarily bars, and not just restaurants that serve alcohol, generated nearly $277,000 last month, compared to more than $284,000 for marijuana sales.

Sales tax revenues are used to fund a variety of things within the city, including most day-to-day operating expenses including police and fire protection. Oklahoma City collects tens of millions of dollars each month in sales tax revenues from the sale of all sorts of products.

Other than bars, the marijuana amount was more than several other retail trade categories tracked by the city, including women’s clothing stores; gift, novelty and souvenir stores; cosmetics, beauty supplies and perfume stores; and convenience stores. None of these surpassed $279,000 last month.

January’s medical marijuana collections are the lowest in six months, but it comes one month after the city’s largest collection for the industry in history, at nearly $341,000. Oklahoma City’s median collections in that six-month time span was nearly $308,000. 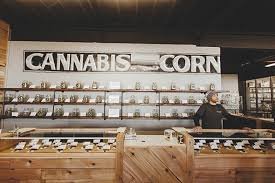