Here’s her full op-ed. Looks like South Dakota will take a long time to roll out hemp.

Editor’s Note: The following is written by Gov. Kristi Noem as part of her weekly newspaper column.

As a farmer and rancher, I would be thrilled to get a new crop into the hands of our producers, especially as our ag markets struggle. A new source of revenue for farmers would be great. But industrial hemp is not the answer.

Legalizing industrial hemp legalizes marijuana by default. I asked my cabinet and other experts in state government to see what other states are doing on hemp and how they are implementing their laws. But what they’ve come back with is example after example of drug laws becoming murky and unenforceable.

Proponents in Texas told legislators that legalizing hemp would not decriminalize marijuana. Yet with Texas’s new industrial hemp law now on the books, prosecutors have dropped hundreds of marijuana cases and have stopped accepting new cases until much more detailed testing is done. In Ohio, a law enforcement official said this to WBNS, a local news station: “We have to be able to distinguish between hemp and marijuana. That is not possible for a human being to do, that has to be done through crime analysis.”

Without additional equipment costing hundreds of thousands of dollars, many crime labs can only detect the presence of THC – not the level of it – for crime analysis purposes. A full crime analysis from an outside lab can cost hundreds or even thousands of dollars per test, a price tag too steep for local law enforcement agencies who oftentimes have to wait weeks before receiving test results.

A recent NBC News article reiterated this message. “With the passage of new hemp-legalization laws over the past eight months, crime labs across the country have suddenly found themselves unable to prove that a leafy green plant taken from someone’s car is marijuana, rather than hemp.” Without the ability to test the level of THC in a plant, the NBC report says, labs can’t provide useful scientific evidence for use in court. Any suspected marijuana case would require this expensive and time-consuming testing. Prosecutors will quickly get overwhelmed, and as we’ve seen in other states, they begin dropping charges or avoiding new cases altogether.

Last week, my Secretary of Public Safety, Craig Price, said that “the more we study this issue, the more concerns I have for the impact on public safety. Law enforcement is already stretched thin in our state, and legalizing hemp would stress our resources even further. It would have a negative impact on our drug fighting efforts in South Dakota.”

We’ve seen this firsthand. A few months ago, a South Dakota Highway Patrol officer showed the Legislature that a drug dog alerted the same way to both hemp and marijuana. If drug dogs and roadside tests are unable to decide between hemp and marijuana, our best assets to cracking down on illegal drugs are invalid. We’ll be legalizing marijuana by default.

That’s what it boils down to. Legalizing industrial hemp weakens drug laws. It hurts law enforcement. It’s a step backward. South Dakota already faces a drug problem. Families continue to be ripped apart by substance abuse. I realize this position might not be popular, but that’s not why I’m taking it. As a governor who has said I will make every decision with the next generation in mind, I cannot sit by.

South Dakota must lead by example. We cannot rush into legalizing industrial hemp without knowing the cost we will pay. The safety and health of the next generation is not worth the gamble. 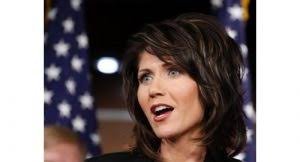