Op-Ed: Washington State Liquor Cannabis Board Agenst May Be Operating Beyond Their Legal AuthorityLEGAL AUTHORITY

Washington State is grappling with police violence and accountability issues. Over the past year, we have witnessed citizens’ frustration spill into the streets, many demanding to defund the police entirely. Meanwhile, more than $24 million in cannabis taxes are going to the Washington State Liquor and Cannabis Board (LCB) whose Liquor Enforcement Officers (LEO) are issued uniforms with police patches and jackets with “POLICE” plastered in front and back despite not having adequate training or the authority these things allude to. LCB vehicles have also been modified with the same red and blue strobe lights as typical police cars. Until a security risk management firm review in 2019, all agents carried a mandatory firearm. Another $5.6 million goes to an actual drug enforcement task force run by Washington State Patrol.

After Initiative 502 (I-502) passed in 2012, which made Washington the second state in the country to legalize recreational cannabis, it was largely celebrated. Many supporters had hopes that Washington’s recreational cannabis industry could be a template for other states that weren’t far behind. In the excitement to legalize cannabis, the existing regulatory body, the Washington State Liquor Control Board, was renamed the Washington State Liquor and Cannabis Board (LCB) and tasked with the licensing and regulation of all marijuana production, processing, and sales. Within weeks, the newly appointed LCB leaders violated open public meetings law by meeting at least 17 times with local police and prevention groups privately.

This has colored the ways in which the LCB has operated since. Just a few months after I-502 was passed, the LCB attempted to classify LEO as a general authority Washington law enforcement agency through proposed legislation HB 1876, which would have amended current law to include a “peace officer or enforcement officer of the state liquor board” in the definitions of both “criminal justice personnel” and “law enforcement personnel.” The amended language would have changed what was largely intended to simply be a regulatory agency into an agency with the authority to arrest lawbreaking individuals, write search warrants, access criminal databases, or perform similar key functions in conducting criminal investigations like any other state police officer. 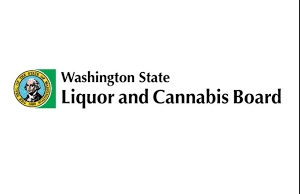