OR Gov, Kate Brown. Wants To Say No To Kratom

The governor of Oregon has announced her intent to veto a bill that’s meant to create a regulatory framework for the sale and use of kratom for adults.

The Oregon Kratom Consumer Protection Act is bipartisan legislation that would make it so only people 21 and older could purchase the plant-based substance, which some use for its stimulating effects and which others found useful in treating opioid withdrawals.

Vendors would have to register with the state Department of Agriculture to sell kratom. The agency would be responsible for developing regulations on testing standards and labeling requirements. The bill would further prohibit the sale of contaminated or adulterated kratom products.

But while the House and Senate approved the legislation in June, Gov. Kate Brown (D) said on Sunday that she plans to veto it, in large part because she feels the federal Food and Drug Administration (FDA) is better suited to regulate the products. 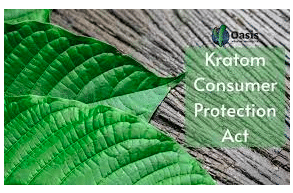