I know we covered this in the last email but it is just such great news we have to mention it again. The State Cannabis Commerce Act would, for all intents and purposes, allow for the transportation of cannabis between states with legal medical and/or adult use cannabis. This is the exact type of legislation that would trigger SB 582 and enable Oregon to export.

I will let two of Cannabis’ biggest champions explain –

“As more and more states legalize cannabis, the gap between state and federal laws will only grow more confusing for both legal businesses and consumers. The solution is clear: the federal government needs to end its senseless and out of touch prohibition. As we fight for that ultimate goal, however, Congress can and should immediately act to protect the will of Oregonians and voters in other states from federal interference—and that should include interstate cannabis commerce.”

“The federal government is hopelessly out of touch with the American people on cannabis. Last week, the House agreed and passed my amendments to forbid the federal government from interfering with cannabis programs in the states, D.C. and tribal communities. This week, we are turning to a top priority for Oregonians—allowing for interstate sale of cannabis. It’s past time we protect the states, like Oregon, that have gotten it right.”

How you can help: There is obviously a lot of work that still needs to be done, this is just the first step but it is a significant one.  Our goal is to work with the CCA and help ensure this becomes federal law by the end of 2021.  You know the drill by now- if you want to help please contact me, Jesse Bontecou to talk about how you can get involved with the rule making process! 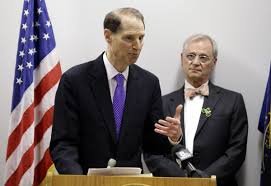