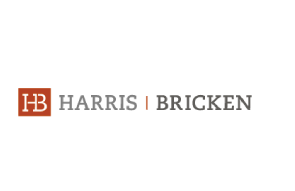 A few months ago, I wrote on the Oregon Liquor Control Commission’s (OLCC) new Verification of Compliance (“Fix-it or Ticket”) program that focuses education rather than penalties for certain rule violations. This week the Rules Advisory Committee (“RAC”) announced a Marijuana Violation Reclassification Package which, if adopted, will reduce the presumptive penalties for certain kinds of rule violations. (Full text of the proposed changes here). The RAC is holding a public meeting this Friday, February 12. Details on how to attend virtually may found on the OLCC’s website.

This round of rulemaking addresses six areas – each discussed below. By way of background, the OLCC sanctions schedule is laid out in tiers ranging from the most serious, license cancellation for Category I violations to fines and suspensions for Category II through IV violations. (See here.) For background on what to do if you or your marijuana business receives notice from the OLCC about a rule violation and potential sanction, see here. With that, let’s take a look at the proposed changes.

Notice of Arrest or Conviction

OAR 845-025-1160(2) requires a licensee or applicant notify the OLCC in writing of any arrest, citation in lieu of arrest, or a conviction of a misdemeanor or felony. The current rule requires the licensee do so within 24 hours of the triggering event and provides that the failure to notify so is Category I violation – so the presumptive penalty is license cancellation.

This change makes sense from a practical perspective, as in some instances it may be impossible to notify the OLCC within 24 hours. The downgrade from a Category I violation also makes sense given the magnitude of the harm resulting from a timely failure to notify. Although the sanction is reduced, an arrest or conviction may cause licensee issues at renewal, even if the OLCC was timely notified. Whether the arrest or conviction will do so depends on the nature of the arrest/conviction and the surrounding circumstances.

OAR 845-025-1440 requires licensees to have comprehensive camera coverage for licensed premises. The coverage area includes any area the OLCC believes presents a public safety risk and all areas where marijuana is required to be stored, destroyed, or rendered unusable. And the licensee must ensure cameras capture “clear and certain” images of any persons and activity within 15 feet inside and outside of any points of ingress or egress and all locations within limited access areas and where consumer sales take place.

Violating these requirements presently is a Category II violation, but the OLCC proposes changing this to Category III. This is a very welcome change as licensees often found themselves in violation of the camera coverage requirements because of mistakes by the security services provider. That said, licensees should know that violating certain portions of OAR 845-025-1440 remain a Category I violation.

OAR 845-025-1450 imposes 24-hour video recording requirements on licensees. The current rule requires a licensee to notify the OLCC “immediately” of any equipment failure or system outage lasting 30 minutes or more. The proposed rule gives licensees 24 hours to do so.

Again, this is a welcome change as many violations resulted from errors by security service providers or unexpected power outages. Licensees, however, should not take the reduction in penalties as permission to treat the recording requirements lightly. Although the OLCC may be lenient for a single, isolated violation, I expect the OLCC will not take repeated violations lightly traceable to a security services provider or not.

The change is significant in that under the current rule a licensee may potentially be charged with multiple violations for failing to submit a harvest notice for a particular harvest. Suppose a licensee harvests on August 1 but does not file the notice until August 15, that is potentially 15 separate Category III violations instead of a single violation. I read the proposed rule as making that a single Category III violation.

OAR 845-025-3305 governs marijuana processors who work with OMMP cardholders. The current rule provides that the OLCC “may cancel or suspend” processor’s registration under the rule for a violation of any of the provisions. The OLCC proposes to make a violation of OAR 845-025-3305 a Category III violation. The effect of this proposed change is likely minimal as the medical marijuana market has largely given way to the recreational market. But at least it provides clarity for processors operating under this rule.

Permitting hemp on a licensed premises, except as allowed by the rules

The final change concerns hemp. OAR 845-025-8520(11)(e) states that a licensee may not permit hemp or a hemp item on the licensed premises unless otherwise allowed by the rules. (Usually obtaining a license to have hemp on an OLCC licensed premises is a simple task.) A violation is a Category I offense. The proposed change would keep an “intentional” violation of the rule at the Category I level but would make an “unintentional” violation a Category III offense. The reasoning behind this change is opaque. Perhaps it reflects the ubiquity of “hemp items” (e.g. CBD products) in the possession of licensees.

The interesting shift is the division between “intentional” and “unintentional” violations. For years, the OLCC has taken a strict liability view of the rules – meaning the OLCC did not care whether or not a licensee (or its employee) intentionally violated a rule or simply made a careless mistake.

Licensees, and attorneys like us who represent a lot of licensees in administrative proceedings, strongly dislike strict liability. From our perspective, strict liability is too onerous and too often results in punishments that don’t fit the crime. Let’s hope that the trend of differentiating between “intentional” and “unintentional” violations continues as the OLCC continues to revise the rules governing marijuana licensees.

For other recent writings on Oregon cannabis and the OLCC, see:

Australia: Is your bong legal?