Oregon Live: Oregon’s legal psilocybin program begins, but services are not yet available

While national headlines might make it sounds like psychedelic mushrooms are now available for adults in Oregon, that’s not the case. Oregon’s legal therapeutic psilocybin program officially began on Jan. 2, but there are currently no licensed facilities, facilitators or even manufacturers of the substance, all of which are required, at the same time, for legal consumption of “magic mushrooms” in the state.

It’s not hard to see why there is some confusion over the nuances of Oregon’s law – psilocybin was decriminalized by Measure 110, which passed in 2020, the same year that Oregon voters legalized psilocybin in a therapeutic setting. That means misdemeanor possession of the substance (and other drugs) can result in fines up to $100, but not arrest. Still, selling “magic mushrooms” remains illegal, as was apparent in December when authorities shut down a business called “Shroom House,” which was openly selling psilocybin on West Burnside Street. 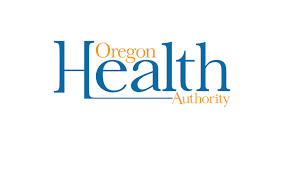