Oregon: State’s Joint Committee On Marijuana Legalization May Be Dissolving. Here’s some of the detail

Oregon’s Joint Committee on Marijuana Legalization may be dissolving before the next legislative session in 2017. The committee, which has been dealing with implementation of Measure 91 and the rewriting of Oregon’s medical marijuana program, was handed a complicated task to be sure. They have been attempting to understand the implications and problems surrounding the legalization of marijuana for adult use, and how to continue the current Oregon Medical Marijuana Program (OMMP).

There is yet any official word on its dissolution, but Rep. Carl Wilson, a member of the Joint Committee, told OCC in an email said he understands that the joint committee is being dissolved, but said, “No official word to me yet.”

The final decision would be made by President of the Senate Peter Courtney and Speaker of the House Tina Kotek.

The biggest advantage to having the Joint Committee on Marijuana has been to have a single place to allow legislators and consumers to voice concerns, efficiently deal with rules and laws, and have a single committee make recommendations to the main body. Without it, you will have multiple committees handling bills, or they may hand off more power to the agencies directly. Without the committee, a log jam of bureaucracy will like slow any further progress.

Some media outlets thought the legislative session was effective. The Statesman Journal rated the legislatures handling of marijuana this past session as “Successful” stating, “A few bills passed that will change the recreational marijuana system, including reforms to let banks to serve marijuana businesses, allow additional cannabis products to come to market sooner and to bolster the medical cannabis system.”

Many lawmakers, and just about everyone in the marijuana community, disagree.

“If it were scrapped, I’d be very disappointed,” Rep. Wilson told OCC. “We’ve invested a tremendous amount of time and energy to learn about the world of cannabis and are just beginning to understand the big picture…To hand all further rule making to the agencies short-circuits the voice of the people.”

“We are very disappointed to hear the committee may be broken up, it is much like leaving a one year old in the mall alone,” explained Brent Kenyon, CEO of Southern Oregon Alternative Medicine, a medical marijuana clinic with locations across the state. Kenyon also sits on the Rules Advisory Committee for implementing the recreational market and advising the Oregon Liquor Control Commission (OLCC).

“These legislators are the bipartisan group that have molded the start to our recreational program and many things will still need to be fixed that they, themselves, already agree on,” explained Kenyon. “A simple change to a rule or adaptation in the law would have to go through a much larger process to be implemented, which would be a major set back to the successful implementation of our new program.”

Read the full report at: http://www.occnewspaper.com/oregons-joint-committee-marijuana-may-dissolving/ 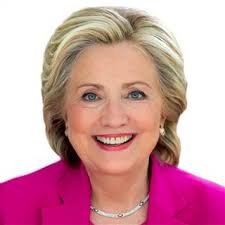 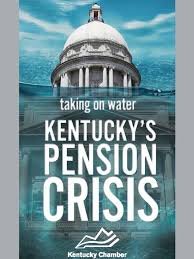