The news comes on the heels of Panaxia’s recent announcement of a share offering with the proceeds expected to go toward European expansion.

According to the agreement, Panaxia is authorized to employ the research and development of the holder of controlling interest in Malta for manufacturing several hundred thousand medical cannabis products such as oils, inhalers, sublingual tablets and suppositories, annually.

Panaxia expects to launch its Maltese activity within a few months, according to the announcement, following the conversion of the facility into a commercial facility meeting the requirements of the EU-GMP and reception of regulatory approvals from the Maltese government.

“Using the Malta manufacturing facility is a significant stepping stone as we enter the European market. We believe this makes Panaxia the first company in Israel in the field of medicinal cannabis to begin selling in the EU,” Panaxia CEO Dadi Segal said in a statement.

The company will start with Denmark and Germany, and aim to distribute its products produced in the Maltese facility in additional European countries, upon the finalization of the process of its registration. 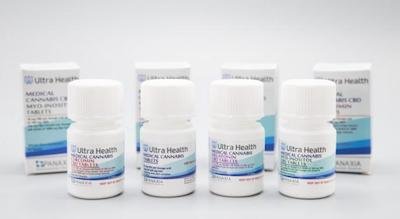