Papers & Resources On Cannabis From The American Bankers Association

Currently, thirty-three states, the District of Columbia, Guam and Puerto Rico have all legalized the use of marijuana to some degree. Yet the possession, distribution or sale of marijuana remains illegal under federal law, which means any contact with money that can be traced back to state marijuana operations could be considered money laundering and expose a bank to significant legal, operational and regulatory risk.

In addition to growers and retailers, there are vendors and suppliers, landlords and employees that are indirectly tied to the cannabis industry, thus posing legal risk for banks serving such entities and individuals, as indirect connections to marijuana revenues are hard, if not impossible, for banks to identify and avoid.

The rift between federal and state law has left banks trapped between their mission to serve the financial needs of their local communities and the threat of federal enforcement action.

While ABA takes no position on the moral issues raised by legalizing marijuana, the growing number of states that allow its sale and use raises practical issues that must be addressed. ABA believes the time has come for Congress and the regulatory agencies to provide greater legal clarity to banks operating in states where marijuana has been legalized for medical or adult use. Those banks, including institutions that have no interest in directly banking marijuana-related businesses, face rising legal and regulatory risks as the marijuana industry grows.

Current proposals in both the Senate and the House that seek to provide greater clarity and bridge the gap between state and federal law provide a solid starting point for discussion. We look forward to working with policymakers of both parties to find solutions that provide the legal and regulatory certainty banks need to best serve their communities. 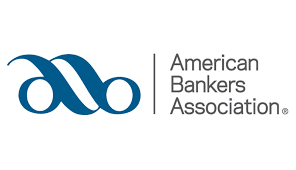