With a key city meeting on Thursday,

Pasadena’s legalized commercial cannabis rollout remains unsettled. And Tim Dodd’s Sweet Flower has been right in the thick of it.

Since being denied a permit by the city to open his cannabis store, Dodd, co-founder and CEO of Sweet Flower, a chain of boutique L.A.-area pot dispensaries, has poked and prodded Pasadena City Hall.

He’s used the courts, bluntly written official letters, complaints, the city’s public comment platforms, and forged ties with local residents to hang onto a vision: opening a dispensary in one of the more tightly regulated cities in the nation. At stake? Tens of millions of dollars. 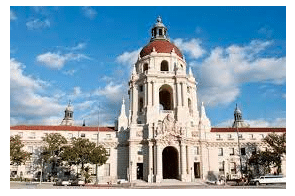